Compher sustained the injury during the first period of the Avalanche’s 6-2 win against the San Jose Sharks on Saturday.

The 26-year-old Compher has been playing on the top line with star forward Nathan MacKinnon on injured reserve. 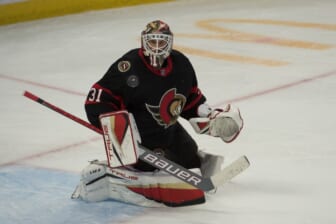 Compher is tied with captain Gabriel Landeskog and Mikko Rantanen for the team lead with five goals. He also has four assists in 12 games this season.

Compher has recorded 118 points (58 goals, 60 assists) in 283 career games over six seasons with the Avalanche.