Colorado, TCU each open season with QB choices to make 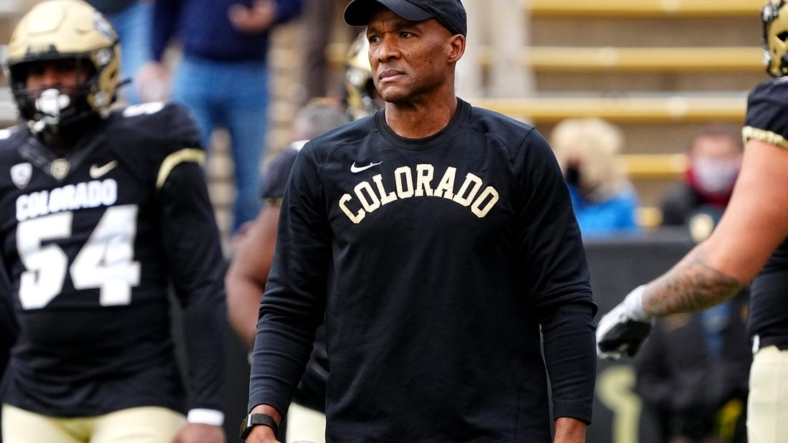 After weeks of training camp and evaluating players at every position, Colorado and TCU are going into battle Friday night with an air of mystery.

Both schools have capable quarterbacks but neither head coach will reveal who will start the opener for both teams.

So, the first-ever game between the schools will have some added anticipation attached to Friday’s meeting in Boulder, Colo.

The Buffaloes have two candidates to start Friday. Brendon Lewis is the incumbent but J.T. Shrout was ready to lead the Colorado offense last year before a knee injury in camp ended his season. He transferred to the Buffaloes in January 2021 after three seasons with Tennessee, but he did not play as a true freshman.

While Lewis is quicker and has more running ability, Shrout has the stronger arm.

“We feel good that they kind of feed off each other,” Colorado coach Karl Dorrell said. “They understand what we’re trying to do from a game plan standpoint. Just like I told them, they’re both going to play.”

Dorrell is in his third year at Colorado while Horned Frogs head coach Sonny Dykes is in his first season with the program. This will be his 13th year as a head coach, with the last five at SMU where he was 30-18, including an 8-4 mark in 2021.

The new coach’s first big decision is choosing between three-year starter Max Duggan and Chandler Morris, who played four games last season and led the Horned Frogs to an upset of then-No. 12 Baylor.

“For us it was a very important decision to make, and it’s a decision we needed more evidence to be able to make it,” Dykes said. “I felt like if you put on the Baylor game last year and watched Chandler play in that game, you’d go, ‘Well, this guy has to be a starting quarterback.'”