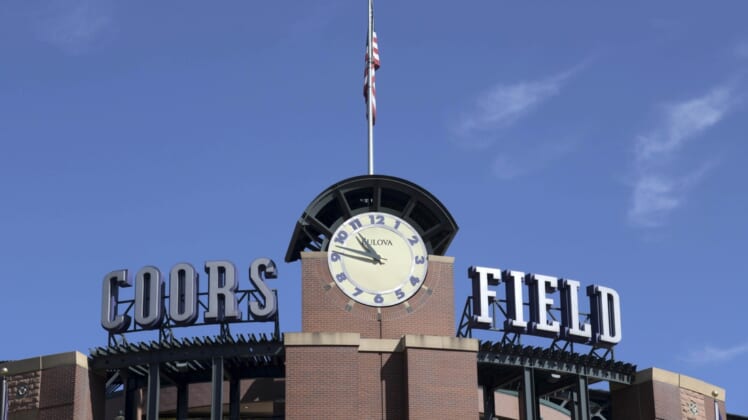 The Colorado Rockies and San Francisco Giants will not kick off their three-game series in Denver on Monday, with inclement weather leading the game to be postponed a day.

The Rockies and Giants will play a doubleheader Tuesday, with the first game now scheduled for 3:40 p.m. Mountain time. Both games will be seven-inning regulation games.

The Giants, who still lead the National League West just ahead of the Los Angeles Dodgers and San Diego Padres, had planned to start Aaron Sanchez (1-1, 2.22 ERA) while Colorado’s scheduled starter was German Marquez (1-2, 4.13). The Giants said Sanchez and Alex Wood will start Tuesday’s games. The Rockies have yet to reveal their pitching plans for the twin bill.

The three-game series is the Rockies’ only stop at home out of a 13-game stretch that has taken them to San Francisco and Arizona and concludes with a trip to St. Louis.