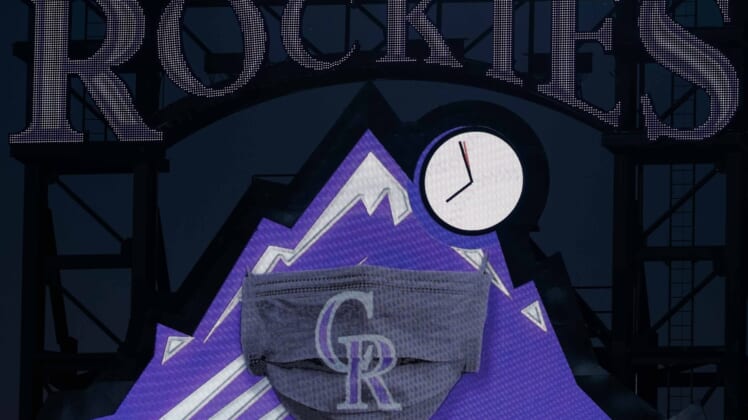 Sep 1, 2020; Denver, Colorado, USA; A general view of the outfield scoreboard in the fourth inning if the game between the Colorado Rockies and the San Francisco Giants at Coors Field. Mandatory Credit: Isaiah J. Downing-USA TODAY Sports

He takes over for Jeff Bridich, who resigned last week after seven seasons as general manager.

Schmidt has more than 30 years of scouting experience with the Rockies, Cleveland Indians, New York Yankees, Cincinnati Reds and the MLB Scouting Bureau.

He has been with Colorado for 21 years, the last 13 as the VP of scouting.

“After discussions with the baseball department heads, we have come to the conclusion that Bill is the right person for interim GM,” Rockies president Greg Feasel said in a news release. “Bill’s experience and his relationships from top to bottom throughout our organization, including the players, coaches and staff on the field, more than qualify him for this role.”

The team announced that a search for a permanent GM will begin after the 2021 season.