Braian Galvan scored just before halftime in his first start of the season and goalkeeper William Yarbrough made two saves as the Colorado Rapids earned a 2-0 victory Wednesday over Minnesota United at Commerce City, Colo.

Andre Shinyashiki added a second-half goal as the Rapids (6-3-2, 20 points) continued their strong play at Colorado, where they are 4-0-1 since falling in their home opener. The run of points in five consecutive home games included a 3-2 victory over Minnesota United on May 8.

The Loons (4-5-3, 15 points) saw their seven-game unbeaten streak come to an end. The run started immediately following the May defeat at Colorado.

Galvan’s goal in the 45th minute was his first of the season and gave the Rapids a goal in 30 consecutive home games, the longest such active streak in MLS.

Galvan brought down a pass from Diego Rubio on the right side of the penalty area, took two touches to get some space and fired a left-footed shot off the left post and into the net past diving Loons goalkeeper Tyler Miller.

Shinyashiki scored his second of the season to seal the victory in the 81st minute, carrying the ball into the penalty area before chipping a shot over Miller.

Yarbrough earned his fifth shutout of the season, passing his shutout total for the entire 2020 season. It was also his sixth victory of the year to tie his mark from last year.

Minnesota United was shut out for the third time and first time since they were on an 0-4-0 run to start the season. They gave up two goals Wednesday after yielding four total goals in their seven-game unbeaten run. 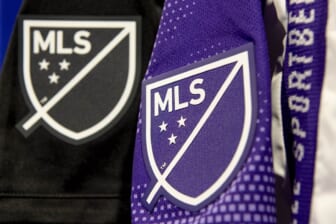 The Loons lost Ramon Abila in the 86th minute after he received a red card for striking a Rapids player with a punch to the ribs.

The Rapids were playing without Sam Vines and Jonathan Lewis, who were called up to the United States Men’s National Team for CONCACAF Gold Cup duty. Colorado’s Kellyn Acosta played Wednesday and will leave for the USMNT on Thursday.