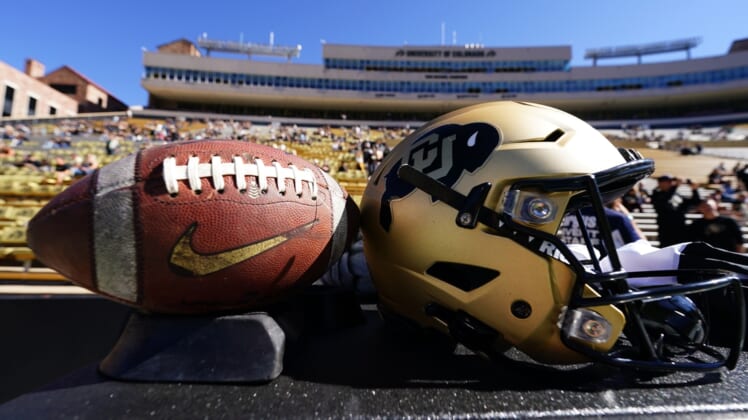 A Colorado assistant football coach said he and his family lost “everything” in the wildfires burning near Denver.

As many as 1,000 homes may have been destroyed in the Marshall Fire, Gov. Jared Polis and Boulder County Sheriff Joe Pelle said Friday. The fires were whipped by winds that reached 105 miles per hour in the Superior and Louisville areas of Boulder County as well as nearby Broomfield.

Mark Smith, the inside linebackers coach for the Buffaloes, shared the status of his property in a tweet Thursday evening.

“Just got word that every material possession we had today is now gone,” Smith wrote. “Our home, cars, and everything we had in our home lost to the fires that ripped through our community. Thank you to those who reached out. Processing how to completely start over and grateful for our health.”

Smith’s family includes his wife, Michelle, and their three children. The area where their home was located was under an evacuation order.

Smith, 43, just finished his first season on the Colorado staff. He previously was the defensive backs coach at Arkansas, an offensive and defensive assistant at SMU and on the staff at Oklahoma. Long Island University hired him as the defensive coordinator in July 2020, but its season wasn’t played because of the pandemic.