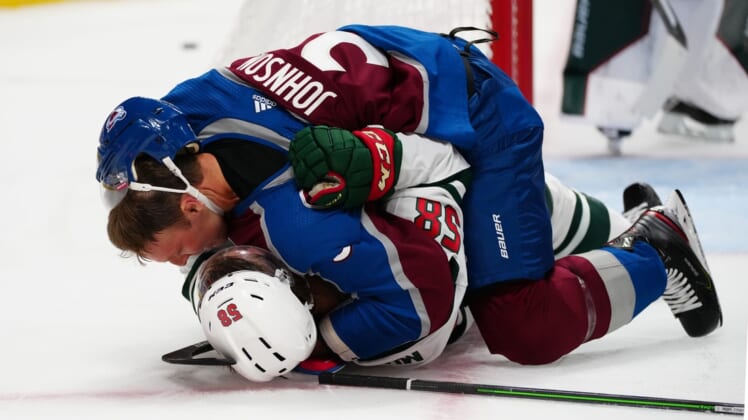 The Colorado Avalanche signed defenseman Jack Johnson to a one-year deal on Sunday.

Johnson, 34, was in Colorado’s training camp on a professional tryout and finished the preseason with three assists in five games.

“He provides a steady presence and brings a lot of NHL experience to our team,” Avalanche general manager Joe Sakic said. “We like what he has added to our blue line over the past few weeks and we’re pleased to have him on the club as we head into the start of the season.”

Johnson played last season for the New York Rangers, but was limited to one point (a goal) in 13 games and ended the campaign early after having core muscle repair surgery in March.

Johnson has skated in 950 games over 15 seasons with the Rangers, Los Angeles Kings, Columbus Blue Jackets and Pittsburgh Penguins.

He has recorded 100 or more blocks in nine different seasons and 100-plus hits in seven seasons. Johnson also has five goals and 16 assists in 30 Stanley Cup playoff games.

The Indianapolis native was selected by the Carolina Hurricanes with the No. 3 overall pick in the 2005 NHL Draft.