Collin Morikawa has second shot at ‘dream’ No. 1 ranking 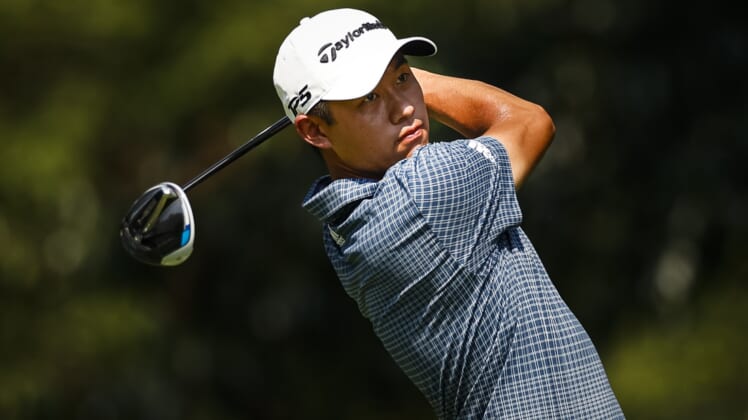 Collin Morikawa faltered in his final round of competition in 2021 with the No. 1 world ranking on the line.

He arrived in Hawaii this week focused on making the most of his second opportunity to wrestle the top spot away from Jon Rahm.

Morikawa, 24, could have ascended to No. 1 for the first time in his career with a victory at last month’s Hero World Challenge. He held a commanding five-shot lead after 54 holes, but withered with a 76 on Sunday to finish in a tie for fifth.

Morikawa has played only sparingly since, fitting in a few casual rounds with friends over the holidays. He’ll likely need to shake off some rust at this week’s Tournament of Champions, especially as he breaks in a new carbon fiber driver, but so will everyone in the 38-player field limited to PGA Tour winners from 2021.

“It’s like an ‘a-ha’ moment, light bulb turns on and you just are like you want the new year to start.”

Morikawa can start the new year off with a real bang.

As long as Rahm doesn’t win or finish second, Morikawa can take over No. 1 with a solo second. Third place could also be good enough depending upon where Rahm finishes.

“It’s been a dream my entire life to get to No. 1 in the world, but it’s not just about getting to No. 1 it’s about sustaining that,” he said.

Morikawa is attempting to join elite company. Only Tiger Woods, Rory McIlroy and Jordan Spieth have achieved No. 1 in the Official World Golf Ranking before turning 25 years old.

“It’s all in my control, all I can do is try and win the tournament and that’s all I’m going to focus on,” he said. “But it’s a huge goal, it always has been and it means something that when you do get there it means you’re doing something right or at least a good amount of things right.

Morikawa is already a two-time major champion, a Ryder Cup winner and became the first American winner of the Order of Merit. He may well add No. 1 player in the world to that impressive resume this week, but Morikawa insists he remains driven to improve.

“It’s not like that’s a peak … I get to No. 1 and I can go retire and relax on the beach,” he said. “There are still so much things that I’m going to keep pushing myself when (No. 1), if or when that does happen.

“So for me it’s just every week go out and try and win and we’ll see what happens from there.”