In the second week of college football, we saw the playoff picture get shaken up a little. With a packed slate of ranked-on-ranked matchups came some of the most consequential college football upsets you can get this early in the season.

Obviously Oklahoma’s win on the road against Ohio State comes to mind as the most consequential, but it wasn’t the only team to make a statement tonight. Georgia gave itself a leg up in the SEC East with a road victory against Notre Dame. Duke made Northwestern rethink its ability to compete in the Big Ten West. Elsewhere, there were stunning upsets all over the country, though less impactful on the playoff picture.

Though Georgia was ranked nine spots higher than the Fighting Irish heading into this one, they were five-point underdogs on the road. After this win, that ranking will vault higher and the Bulldogs should feel confident about their chances in the SEC East.

Two things stood out from this game. The first was Terry Godwin’s touchdown catch, one of the craziest plays you’ll ever see. Not only did this end up being the difference in the game — which the Bulldogs won by a single point — but the play was only ruled a catch after a review. In other words, it’s not inconceivable that the call could have gone the other way.

The second was freshman quarterback Jake Fromm’s performance. Fromm — starting because Jacob Eason was out with an injury — wasn’t spectacular, but he didn’t have to be. He threw for 141 yards, a touchdown and an interception, which normally isn’t a notable stat line. However, for a freshman quarterback, on the road at Notre Dame of all places, making his first career start it was pretty impressive.

Northwestern got some hype heading into the season. Coming off a solid 7-6 record and Pinstripe Bowl victory in 2016, some thought Pat Fitzgerald’s squad might give Wisconsin a run for its money in the Big Ten West. After Saturday, that seems a little less likely.

The Wildcats were on the road, but losing 41-17 to Duke isn’t a good look. Even after the football program’s improvement in recent years, the Blue Devils are still one of the least-notable teams in the Power Five. After a scare in Week 1 against Nevada (and with a date at Camp Randall Stadium looming) it’s time for Fitzgerald to go back to the drawing board. Forget about winning the Big Ten West, Northwestern may struggle to even compete in the division. 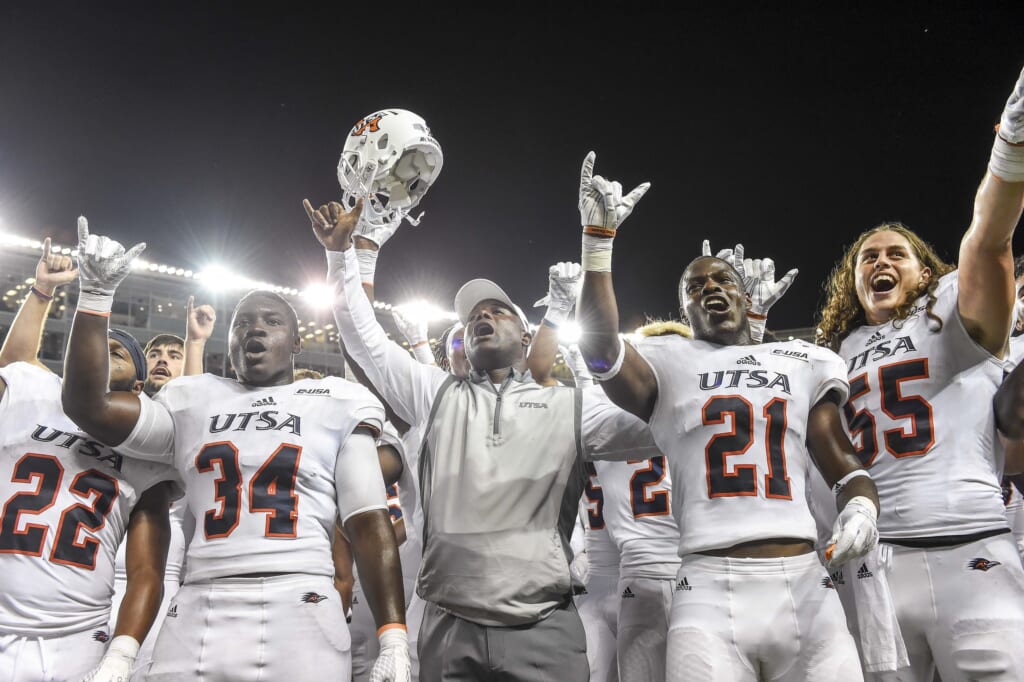 It’s probably time to consider the possibility that Baylor is bad. As in, really, really bad.

In Week 1, the Bears suffered a loss to FCS Liberty. This week it was to the UTSA Roadrunners, a member of Conference USA and a team which, until Saturday, had never beaten a Power Five school. The worst part? Both contests were at home, in Waco.

Baylor was never going to contend for anything this year, but starting like this probably puts first-year head coach Matt Rhule on shakier ground than he’d like. After next week when they go to Duke, the Bears have three straight games against top-25 teams. Their season could be over before you know it.

When you pay a school to come play you, it’s generally not a game you should lose. Syracuse paid Middle Tennessee State $950,000 to visit the Carrier Dome on Saturday and lost. Even worse, they lost to former head coach Scott Shafer, who was fired during the 2015 season.

This game may not impact the playoff picture, but it may be what keeps Syracuse out of a bowl game. The Orange have a brutal ACC schedule and a road game at LSU’s Tiger Stadium coming up, to boot. Getting to six regular season wins looks a lot tougher now than it did on Saturday morning. Doing so will require multiple upsets, including some against top-25 competition.

Like Syracuse, the Scarlet Knights wrote an $860,000 check to play Eastern Michigan on Saturday, and they lost. This likely kills whatever slim chance Rutgers had of reaching a bowl game for the first time since 2014. More importantly, it stops head coach Chris Ash from building any momentum in his second season at the helm.

After giving Washington a game in Week 1, there was certainly something for Ash to build upon prior to the start of conference play. With Eastern Michigan and FCS Morgan State on the slate, Rutgers looked on its way to a respectable 2-1 start. Not anymore. Now, simply beating its two-win total from 2016 seems like a tough ask. 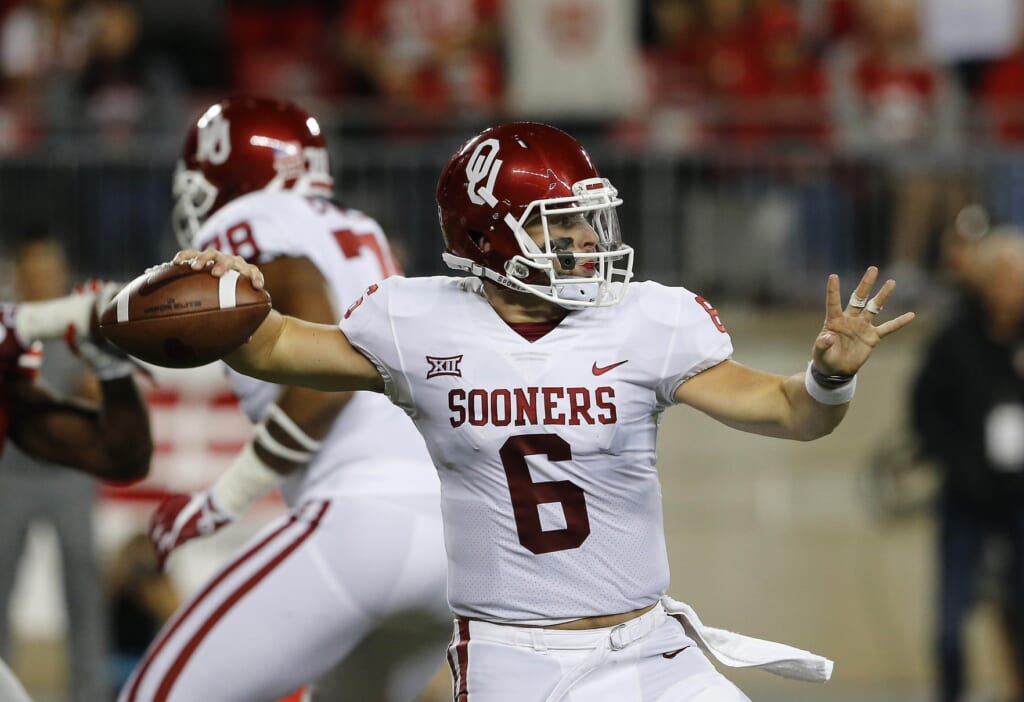 The Oklahoma Sooners went into one of the toughest road venues in college football on Saturday night and lived up to every expectation imaginable. Outgaining the Buckeyes by 140 yards and outscoring them by 15, they didn’t just win — they dominated. Quarterback Baker Mayfield turned in one of the best games of his career, throwing for 386 yards and three touchdowns against one of the best defenses in the country.

This game will undoubtedly vault Oklahoma into the driver’s seat for a playoff position. As early as it is in the season, this was a game the Sooners — and the Big 12, for that matter — needed this win. It showed the rest of the country that the conference, which has yet to win a CFP playoff game, can beat any team in the nation.