Ten college football stars looking to roar back after injuries

There are some outstanding college football stars returning from injuries suffered last year who’re looking to rebound in a big way.

Some are already among the best players at any position in the nation, while others still have plenty left to prove.

One is a quarterback who lost half the year with a nerve issue in his throwing shoulder. Another is a bully in the middle who’s expected to anchor one of the best defenses in the country. We’ll be looking at a dynamic running back with huge shoes to fill as well, not to mention a safety who may be the best pound-for-pound player in college football.

These are the top-10 college football stars looking to make big statements after missing most or all last season with injuries. 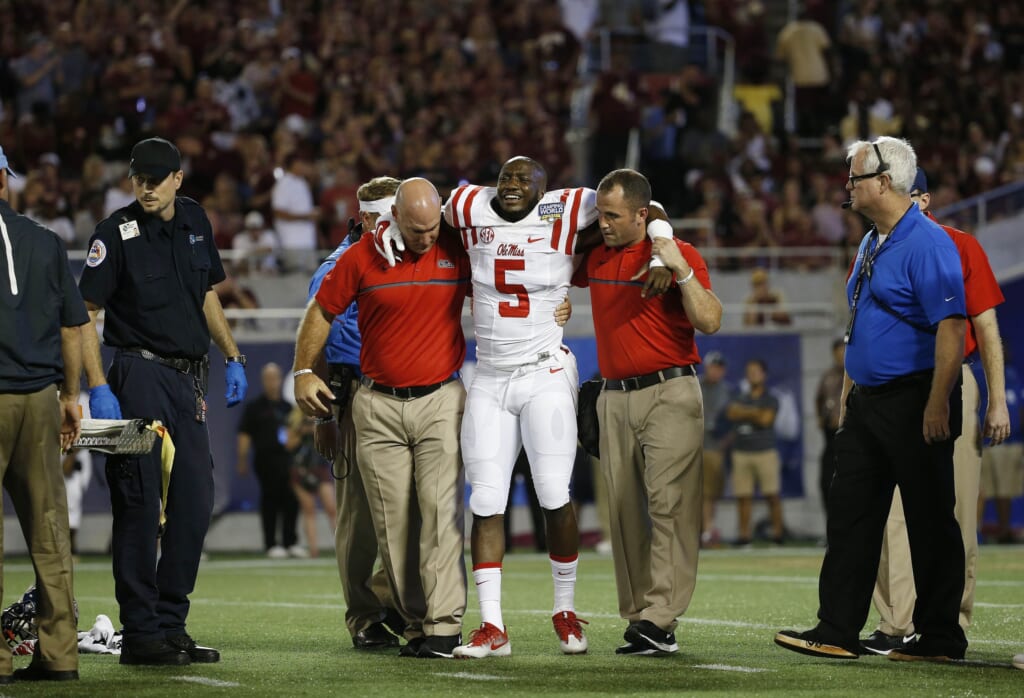 Heading into the 2016 season, Ole Miss had high hopes for Webster, who was expected to anchor the secondary. He had been a big part of what the Rebels had done in 2015, racking up 41 tackles, 11 defended passes and one interception. He was considered by some to be a top challenger for All-SEC honors last year.

Then Webster suffered a brutal knee injury in the first quarter of the first game against Florida State. Defending Kermit Whitfield on a deep pass, he leaped up and came down awkwardly, his knee bending the wrong way, and had to be carted off the field. That was all she wrote for Webster in 2016.

“It might bring tears,” Webster said in an interview with Greg McElroy on SEC Network. “A whole year out from football… it’s going to bring tears to me to know that I’m back out there again, in front of those fans, with my teammates, doing what I do best: having fun.”

Having Webster back in action should be a huge boon to the Rebels defensively. He’s not only a skilled player but is now a team leader who’ll provide passion and energy in this role.