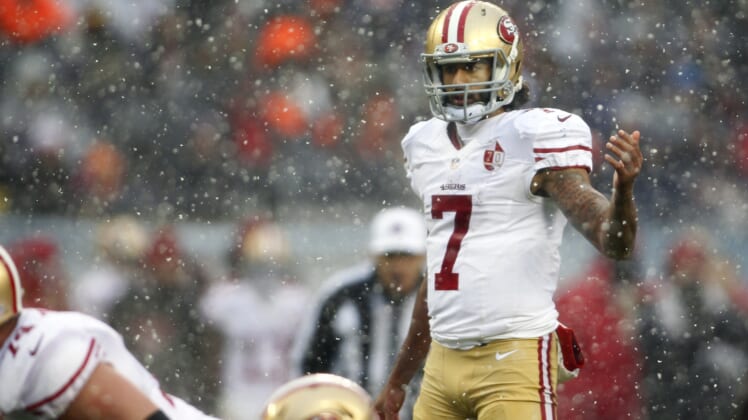 Free-agent NFL quarterback Colin Kaepernick has made no bones about it. He wants to return to the NFL after being forced from the game over the past two-plus seasons.

Kaepernick is now putting his money where his mouth is. According to ESPN’s Adam Schefter, the former Super Bowl quarterback will hold a private workout for NFL teams this coming Saturday in Atlanta.

Given the lack of interest in his services since the Kaepernick-led national anthem protests started in 2016, it’s not yet known how many teams will show up.

Kaepernick, 32, previously sued the NFL and its teams claiming collusion. That lawsuit was eventually settled. Some interest came up regarding his services after that. But they have died down a whole lot since.

The former second-round pick last played for the San Francisco 49ers in 2016, putting up 18 total touchdowns compared to four interceptions in 11 starts.