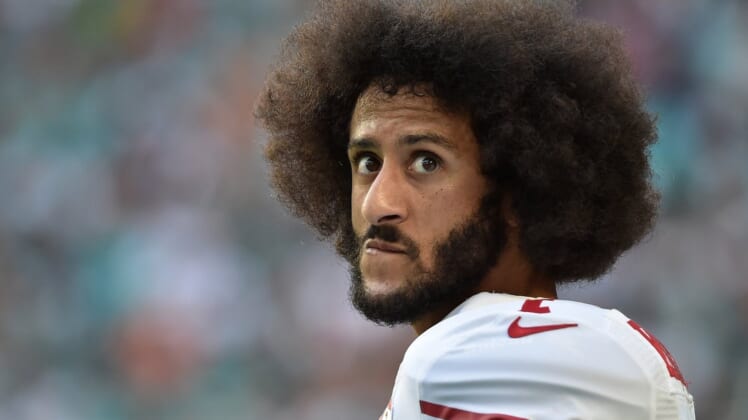 Free-agent quarterback Colin Kaepernick is not any closer to returning to the NFL after working out for several teams earlier this month in the Atlanta area.

The workout itself brought a ton of drama after a rift was created between Kaepernick and the NFL.

As Kaepernick looks to return to the gridiron for the first time since 2016, the former Super Bowl quarterback released a hype video of his workout.

If nothing else, this will keep Kaepernick in the news and on the front burner as his new Nike shoe drops here soon.

As it relates to any return to the NFL, we’re not keeping our hopes up. Teams have failed to show interest in Kaepernick despite him looking darn good during the workout.

If anything were to happen on this front, it likely wouldn’t be until the spring.

Kaepernick has been out of the league since starting the now-infamous national anthem protests back in 2016.

He previously sued the NFL claiming the league’s 32 teams colluded to keep him out of the league. Said lawsuit was settled with the NFL paying him somewhere between $1 and $10 million.