Report: Teams believe Colin Kaepernick will play in the NFL next year 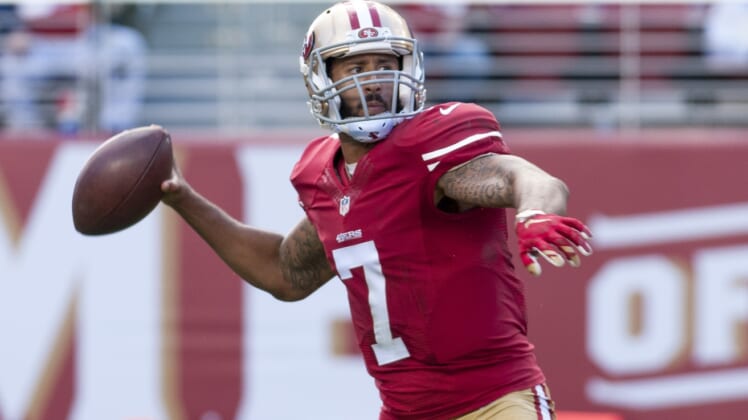 Will Colin Kaepernick finally get a second chance to pursue his NFL dream in 2019? According to one report, at least some teams believe he will.

Mike Freeman of Bleacher Report shared the following in his weekly 10-Point Stance column on Wednesday morning: “I continue to hear from team sources, including one head coach, that they believe there will be interest in Colin Kaepernick when free agency begins later this month, and that he will be playing in the NFL next year.”

The reason there is optimism that Kaepernick will play next season is that his collusion case against the NFL was recently settled without dragging the NFL through a trial. It’s been widely hinted at that the deal he cut with the league was a precursor to Kaepernick’s return to the gridiron, and apparently teams are buying that narrative as well.

Kaepernick, who became a hot-button figure for his peaceful protests during the national anthem, hasn’t played in an NFL game since the 2016 season. He’s missed the last two seasons after being released by the San Francisco 49ers.

In six seasons as a pro, the former second-rounder out of Nevada has passed for 12,271 yards with 72 touchdowns and 30 interceptions, good for a passer rating of 88.9.