Colin Kaepernick joins Medium Board of Directors, will publish ‘stories focused on race and civil rights in America’ 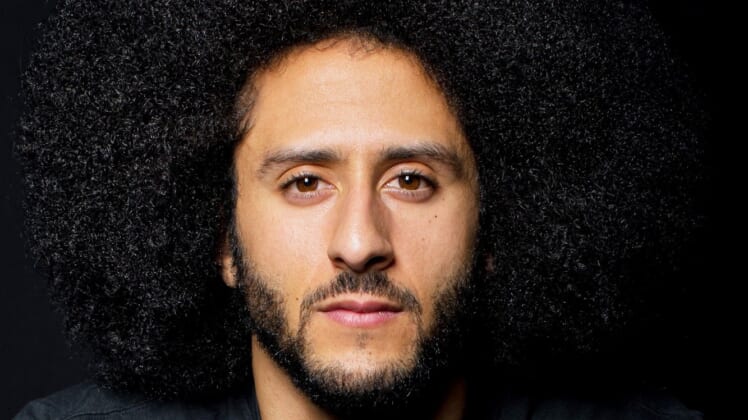 On Thursday morning, Colin Kaepernick was announced as the newest member of the Board of Directors for online publisher Medium.

The company announced the news on Twitter, along with a quote from Kaepernick: “We must take control of our narratives. The kind of control that can change the way we see the world, and the way the world sees us.”

The company released an online statement as well to announce the partnership with Kaepernick and his company “Kaepernick Publishing.” In it, CEO of Medium, Ev Williams shared a vision for what the partnership will lead to. The goal will be “to create and feature stories focused on race and civil rights in America, and to elevate emerging voices from communities of color.”

“Kaepernick Publishing’s mission is to uplift and elevate voices for Black and Brown communities, something that has been desperately needed in the publishing space. Through this partnership, Colin will be publishing across Medium’s platform, including a collaboration with Medium’s editorial team leading Level and Momentum. He will be sharing his thoughts on anti-Black racism in our society, and Medium and Kaepernick Publishing will co-publish thought-provoking feature stories from diverse writers of color.”

This venture is a continuation of what Kaepernick has done since the 2016 NFL season when he began protesting during the national anthem. He’s known worldwide for taking a knee. However, Kaepernick has done a lot more than simply kneel. He’s established a strong presence as an activist while providing valuable and necessary resources to Americans who need them.

Is Colin Kaepernick going to sign with an NFL team?

The latest buzz around the NFL right now is that the league wants Kaepernick to get signed. That’s coming straight from the top, with Commissioner Roger Goodell and top executive Troy Vincent.

Heck, even President Donald Trump, who famously excoriated Kaepernick for kneeling, is seemingly turning a corner on this subject.

Interestingly, the top NFL teams favored to sign Kaepernick this season all have top-end starters. The favorite at the top will surprise you. But in the end, not many people are buying Kaepernick will have an NFL job before the season begins in September.