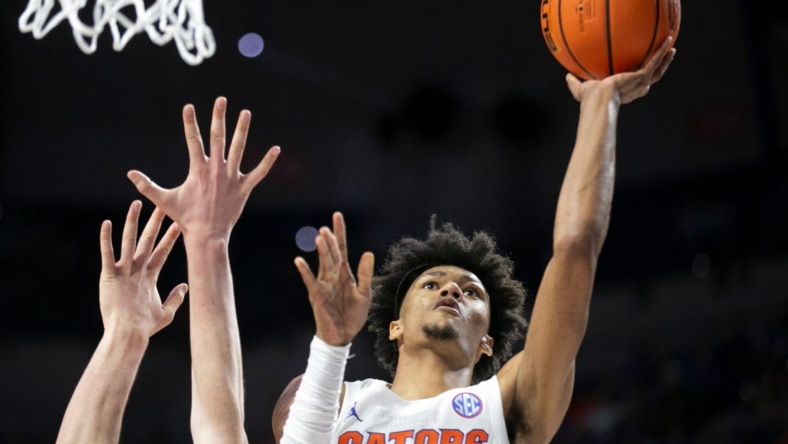 Will Richard added 15 for the Gators (2-0) and Kowacie Reeves sank a pair of timely 3-pointers in the second half to finish with 11 points.

Castleton went 12 of 18 from the floor and 9 of 13 from the foul line as Florida fed the 6-11 All-SEC standout early and often. He added 9 rebounds and 3 assists in another solid all-around floor game. Florida shot 54.5 percent from the field, its second straight game shooting 50 percent or better on the season, and went 36.4 percent (4-11) from 3-point range.

Down 12-8 early, Florida went on a 17-2 run, which included six points from Castleton, to go up 25-14. Florida outscored Kennesaw State 30-16 in the paint in the first half, going inside to Castleton, C.J. Felder and Alex Fudge.

Florida led by as many as 14 points in the first half, going up 36-22 on a three-point play by Felder with 3:24 left in the half. But Kennesaw State got back to back 3-pointers from Kasen Jennings and Quincy Ademokoya to close the half, cutting Florida’s lead to 44-34 at halftime.

Florida starting point guard Kyle Lofton fouled out at the 12:21 mark of the second half after getting whistled for a technical from crew chief Rob Rorke. Lofton picked up two fouls within the first four minutes of the game but still played 16 first-half minutes. He finished with 9 points and 2 assists.