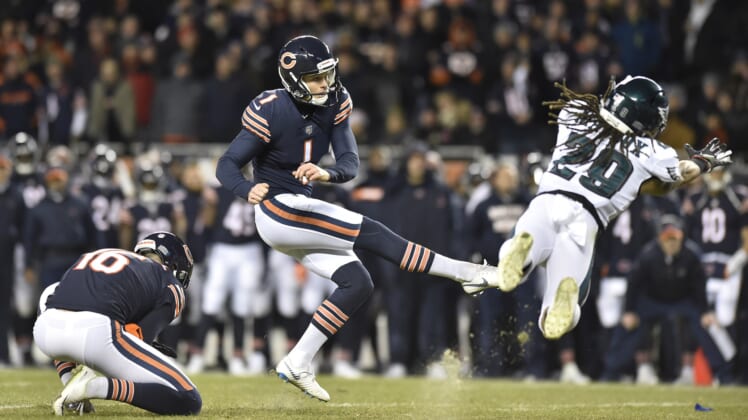 Chicago Bears kicker Cody Parkey has faced more than his fair share of haters since his potential game-winning kick turned into the double-boink heard ’round the world.

On Monday, Bears general manager Ryan Pace made it clear the kicker’s job is in jeopardy.

Pace: "The kicker position will be a point of emphasis for us."

Of course, the double-boink was actually the result of a partial block, which the NFL officially acknowledged last week. But Pace’s comment here stems from a season full of frustrating kicks, rather than one singular — albeit supremely costly — miss.

During the course of the regular season, Parkey missed seven field goals and three extra points. In one game he shocked the NFL world when four of his kicks missed by way of the dreaded doink.

Making this all the more painful for the Bears and their fans, the guy who used to kick in Chicago — Robbie Gould — missed just three field goals in 75 attempts the past two years in San Francisco after being cut by Pace.