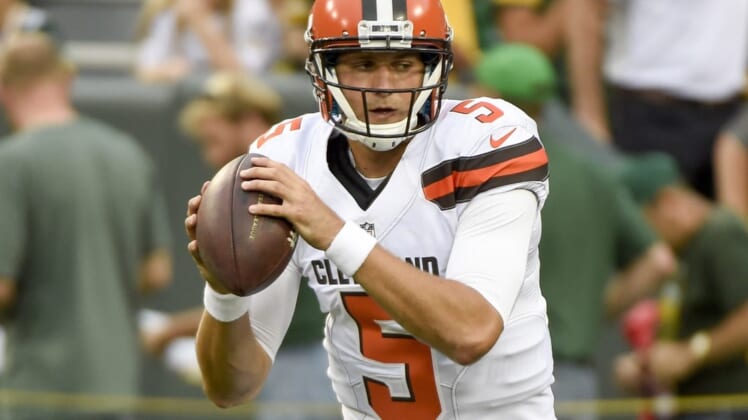 Cleveland Browns second-year quarterback Cody Kessler is one regimented and committed guy. At the close of the NFL season in January, Kessler started a strict diet when he ate the same bland foods for three months straight, changing things up only slightly.

“I switched it up here and there maybe a couple days, different things,” Kessler said Wednesday, per Pat McManamon of ESPN. “But it worked for me. I really stuck with it. “I really never committed myself to a meal plan that strict,” Kessler said. “It was tough, but it was worth it.”

Per the report, Kessler’s diet consisted of an early morning power bar, then two scrambled eggs, oatmeal, two pieces of fruit, water and milk. Lunch was a dry turkey and provolone sandwich (with nothing else on it), baby carrots and a banana. For dinner, Kessler ate a chicken breast, spinach and whole wheat pasta. None of the dinner foods contained any sauces or dressings.

Snacks consisted of almonds and pretzels with peanut butter in between meals. The diet helped Kessler lose body fat. He says he “feels stronger and is throwing harder without any more effort.”

That is dedication with an A+ grade.

Kessler is the lead man to land the starting quarterback job in Cleveland. He’ll compete with Brock Osweiler and rookie DeShone Kizer. The second-year man just might have a leg up on his competition considering he started preparing in January when neither Osweiler or Kizer were even a blip on the Browns’ radar.