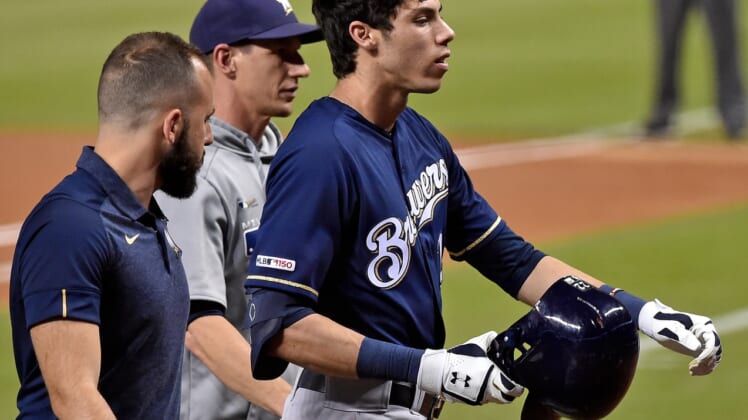 Los Angeles Dodgers star Cody Bellinger has been doing battle with reigning NL MVP Christian Yelich for that award throughout the entire 2019 season.

It promised to be a hotly-contested affair until Yelich went down to a fractured kneecap during Tuesday night’s game. With Yelich lost for the season, some might figure that the MVP is Bellinger’s to win.

Whether that’s the case remains to be seen, but Bellinger spoke out Wednesday about Yelich’s injury. Like most around the sports world, it has impacted him big time.

“My first thought, honestly, was how (terrible) that is,” Bellinger said, via Bill Plunkett of The Orange County Register. “We’ve gotten pretty close over the years. I don’t know, man, it definitely (stinks). I don’t know how bad a fractured kneecap is beyond that (it ends Yelich’s season). I’m hoping he can rehab in the offseason and get back 100 percent for the 2020 season.”

You can be the judge from there.