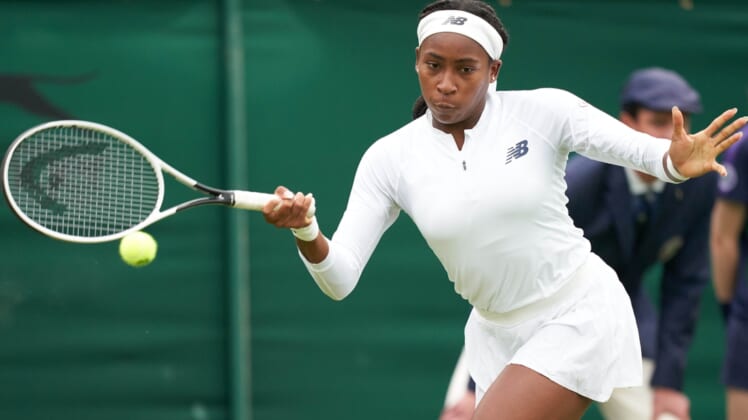 At 17, Gauff will become the youngest American tennis player to compete at the Summer Games since Jennifer Capriati won the women’s singles gold medal in Barcelona in 1992 at age 16.

Gauff is joined by Jennifer Brady, Jessica Pegula and Alison Riske in singles. The selections are based on world rankings after the French Open, with a maximum of four players per country in singles. Nicole Melichar and Bethanie Mattek-Sands will play in the doubles competition.

Sofia Kenin and Serena Williams are the two highest-ranked U.S. players but both opted out, as did Madison Keys.

Paul qualified outright for his spot on the men’s team and is joined in singles play by Frances Tiafoe, Tennys Sandgren and Marcos Giron. Rajeev Ram and Austin Krajicek are the doubles players.

Reilly Opelka, John Isner and Taylor Fritz opted out on the men’s side. Sebastian Korda, Sam Querrey and Steve Johnson could have taken spots based on those withdrawals, but declined.

The tennis competition will take place from July 24 to Aug. 1 on hard courts at the Ariake Tennis Park in the Tokyo Olympic Park. All matches will be best-of-three sets.

Mattek-Sands won the gold medal in mixed doubles with Jack Sock in the 2016 Rio Olympics. Ram, with partner Venus Williams, won the silver medal in the all-American final in Rio de Janeiro.