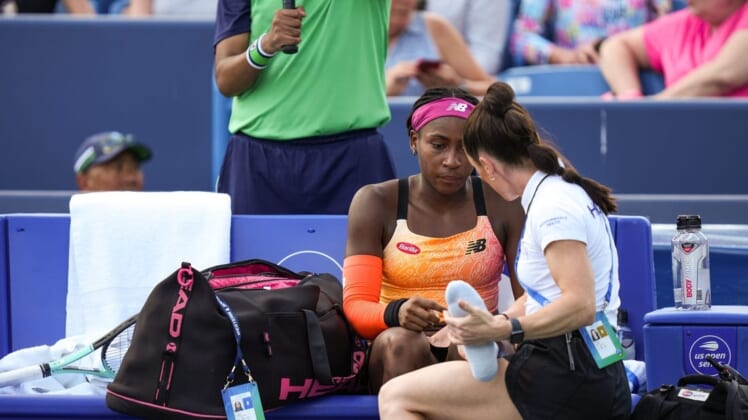 Coco Gauff said Wednesday that the left ankle injury that caused her to retire from Tuesday’s loss to Marie Bouzkova at the Western & Southern Open is not serious.

“I promise I am OK! The world is not ending lol!,” Gauff said in a statement on Twitter before turning serious. “I have been told it is most likely a really minor sprain so everything should be healed very soon.”

Gauff is hoping to be fully recovered for the U.S. Open, which begins Aug. 29 in New York.

Gauff, 18, was in front 5-3 in the first set when she tumbled to the court and injured her lower leg. She lost the next three games before being examined by a trainer.

Bouzkova then finished off the set and won the opening game of the second set before Gauff called it a day.

It was a difficult development for Gauff, who lost in the quarterfinals in each of her previous two events. She also reached the French Open final in the spring before losing to Poland’s Iga Swiatek, the top-ranked player in the world.

Ironically, Bouzkova of the Czech Republic withdrew from Wednesday’s match against Alison Riske-Armitraj due to what the WTA termed a “right trunk injury.”