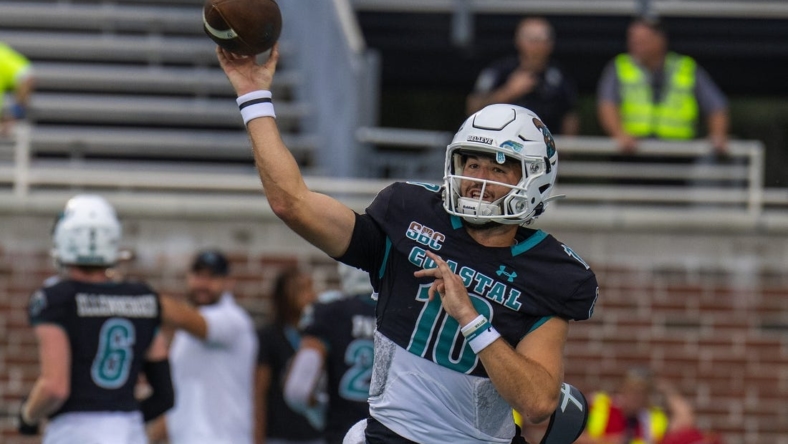 The school said Wednesday that McCall will be sidelined 3-6 weeks due to the injury that he sustained during last weekend’s 35-28 win against Appalachian State.

The timetable also could render him unavailable for a postseason bowl game.

McCall has passed for 2,314 yards, 21 touchdowns and one interception this season while seeking his third consecutive Sun Belt Player of the Year award.

Overall, McCall is 28-3 as a starter for the Chanticleers and has thrown for 7,700 yards and 75 touchdowns against just seven interceptions during his college career. He also has rushed for 1,035 yards and 15 scores.

Either Bryce Carpenter or Jarrett Guest will draw the start when Coastal Carolina (8-1, 5-1 Sun Belt) hosts Southern Miss (5-4, 3-2) on Saturday. Guest has thrown six passes this season and Carpenter has tossed four.