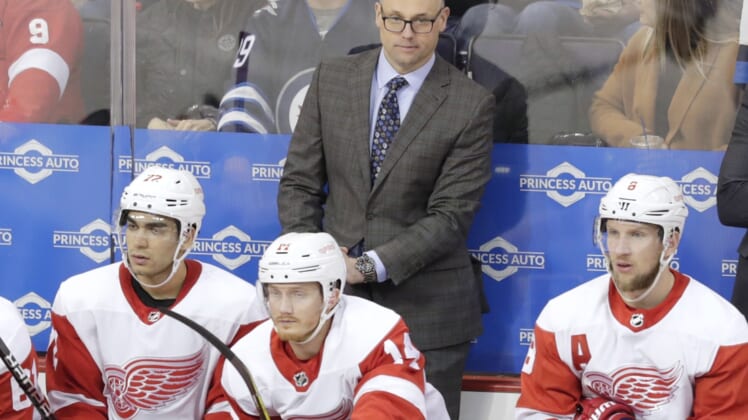 Jeff Blashill agreed to a contract extension on Tuesday to remain the head coach of the Detroit Red Wings.

Terms of the deal were not disclosed for Blashill, who just completed his 10th season with the organization.

Blashill, a Detroit native, joined the Red Wings as an assistant coach for the 2011-12 season. The 47-year-old spent the next three campaigns as head coach of the Grand Rapids Griffins of the American Hockey League before being named as the bench boss in Detroit.

Blashill is the third-longest tenured NHL coach with his current team, behind only Jon Cooper of the Tampa Bay Lightning and Paul Maurice of the Winnipeg Jets.

Also on Tuesday, the Red Wings announced assistant coach Dan Bylsma will pursue other opportunities in 2021-22.