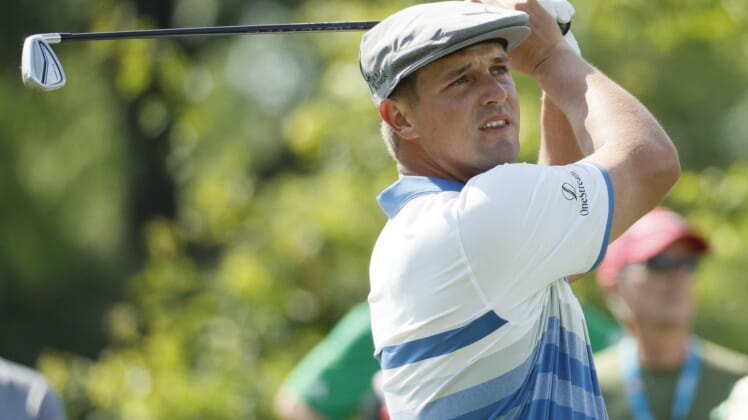 Bryson DeChambeau has no regrets about not getting vaccinated.The Memorial Tournament Pga Golf

For those golf fans wondering if open rivals Bryson DeChambeau and Brooks Koepka can coexist long enough for the U.S. to wrest away the Ryder Cup Trophy from Team Europe this weekend, DeChambeau’s coach Mike Schy has a message from his star pupil.

In an interview published Monday by The Irish Times, Schy says that the brash 2020 U.S. Open winner DeChambeau wants his public feud with the four-time major champion Koepka to be put to bed once and for all.

“Whether or not they are both doing it to maximize their global profile, Bryson wants it over,” Schy said. “Move on. The bottom line is — two big egos.”

The season-long strife between the top-10 Americans (DeChambeau currently No. 7 in the world golf rankings, Koepka No. 10) has dominated headlines all season. Koepka has dinged DeChambeau over his perceived slow pace of play, while DeChambeau once poked fun at Koepka’s body type.

U.S. team captain Steve Stricker has downplayed any anticipated trouble between the rivals this week, saying the two had agreed to shelve the open disdain for each other as the American side tries to win back the Ryder Cup for just the third time in the last 10 tries.

Schy conceded to the Irish newspaper that DeChambeau, who turned 28 last week, can come off as overbearing. But the coach says his player will not be a distraction to the U.S. push for victory.

“He loves team play. At times, when he’s struggling, it can look a little selfish, but the reality is he is doing his best to contribute,” said Schy.

The Ryder Cup begins Friday and lasts through Sunday at Whistling Straits in Haven, Wis.