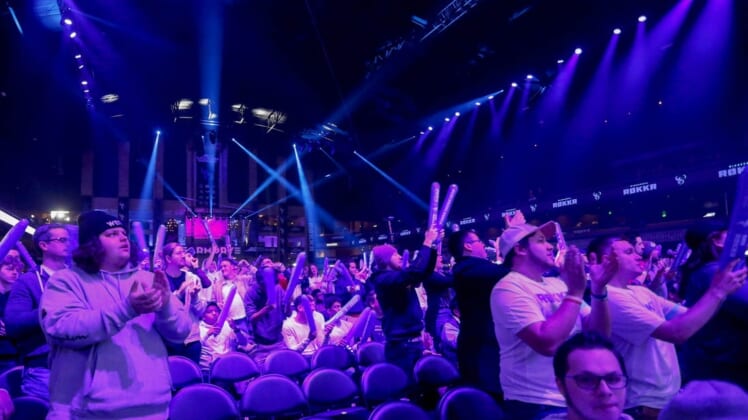 Cloud9 continued their quest for a second straight IEM title by sweeping Outsiders on the first day of Group Stage action Thursday at the Intel Extreme Masters Season XVII in Cologne, Germany.

Cloud9, which won IEM Dallas last month, was one of six teams to advance in the upper brackets of their groups Thursday. Team Spirit joined Cloud9 in Group B and Natus Vincere, Ninjas in Pyjamas, Movistar Riders and Team Vitality all notched wins in Group A.

Sixteen teams are still alive in the $1 million IEM Cologne event, split into two groups of eight. From there, six teams will qualify for the Playoff Stage with the grand final set for July 17.

The Group Stage features two double-elimination brackets, where all matches are best-of-three. Group winners will advance to the semifinals of the Playoff Stage and the second- and third-place finishers will move to the playoff quarterfinals.

Cloud9 beat Outsiders 16-6 on Dust II and 16-12 on Ancient for the sweep, finishing the match with a 12-1 run. Sergey “Ax1Le” Rykhtorov of Russia led the way for Cloud9 with 42 kills and a plus-17 kills-to-deaths differential.

Team Spirit squeaked past Team Liquid 2-1 with some late heroics. Liquid won 16-8 on Dust II to start off before Spirit drew even with a 16-9 triumph on Overpass. The third map, Ancient, went into double overtime as Spirit rallied to tie the score 15-15 and 18-18. Spirit pulled ahead late for the decisive 22-20 win.

NaVi defeated MOUZ 2-1 in Group A, taking a 16-12 decision on Nuke, dropping Mirage 16-14 and rebounding with a 16-6 win on Inferno. Aleksandr “s1mple” Kostyliev of Ukraine had 71 kills on a plus-22 differential to pace NaVi.

Movistar Riders defeated G2 2-0 with a 16-12 victory on Vertigo and a 16-9 triumph on Inferno. Alvaro “SunPayus” Garcia carried the all-Spanish squad with 42 kills and a plus-21.