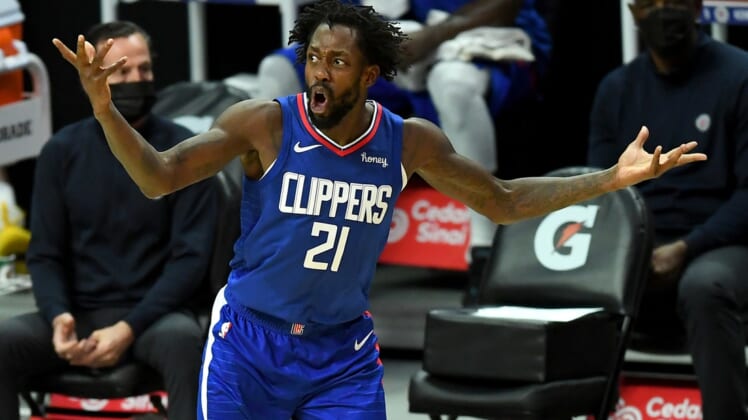 The Los Angeles Clippers upgraded the injury status of veteran guard Patrick Beverley to questionable, with the possibility that he could play Tuesday night for the first time since April 8.

The Clippers will host the Toronto Raptors as they try to end a three-game losing streak, tied for the team’s longest this season.

Beverley, the Clippers’ defensive standout and inspirational leader, was out almost all of April with a metacarpal fracture in his left hand, missing the last 12 games. He had just returned after missing 12 games because of a knee injury and played in only two games before going down again.

The 32-year old has averaged 8.0 points with 3.6 rebounds and 2.1 assists in 31 games this season, but his value is measured by how much of a disruptive force he is on the defensive end. He is a three-time NBA All-Defensive player.

Beverley has averaged 8.9 points with 4.3 rebounds and 3.4 assists over his nine-year NBA career with the Houston Rockets (2012-17) and Clippers.

The Clippers have clinched a playoff berth despite their recent struggles, doing so on Sunday when the Los Angeles Lakers were defeated.