Los Angeles Clippers backup center Serge Ibaka is questionable for Game 3 against the Dallas Mavericks on Friday night due to back spasms.

The host Mavericks have a 2-0 lead in the best-of-seven first-round series.

Ibaka played less than six minutes during Tuesday’s 127-121 loss in Game 2 in Los Angeles. He has 10 points, four rebounds, three blocks and two assists in the series so far. 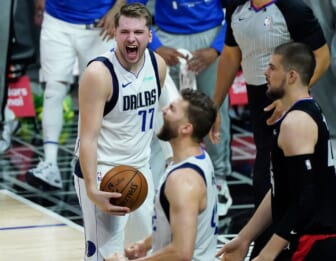