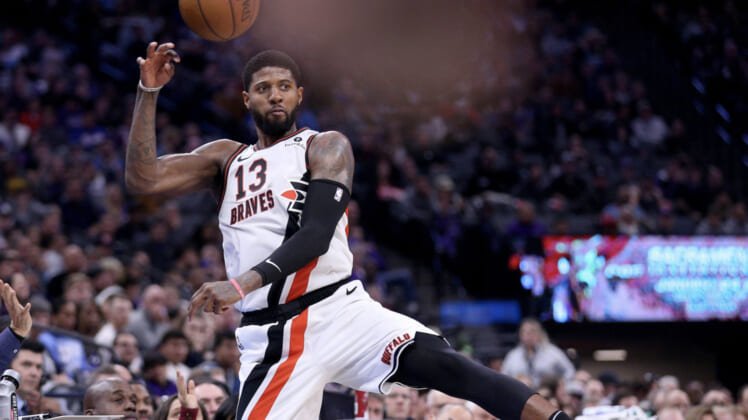 Los Angeles Clippers star forward Paul George left Thursday night’s 126-112 win over the Detroit Pistons with what was described as tightness in his hamstring.

Even with a day off on Friday, it looks like George could miss some time. The big-time summer acquisition is listed as doubtful for Saturday night’s game against the lowly Memphis Grizzlies.

Clippers head coach Doc Rivers noted after the Pistons game that his star forward did not feel anything specific.

”Nothing happened (specifically). He just felt tightness,” Rivers said, via ESPN. “He said it at halftime and then we just decided not to bring him back. So he’s going to be evaluated.”

What’s interesting here is that George indicated around the same time that he felt something in his lower back before leaving the game in the second quarter.

Given the team has continued to rest Kawhi Leonard throughout the season, this has to be a bit concerning.

The Clips head into this weekend’s action with a 25-11 record, the third-best mark in the Western Conference.

For his part, George is averaging 23.1 points and 6.0 rebounds on 42% shooting in his first season with his hometown team.