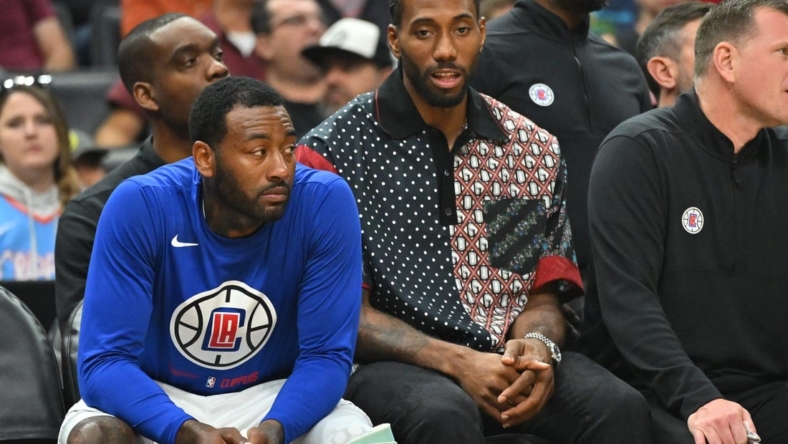 Los Angeles Clippers forward Kawhi Leonard will not travel with the team when it visits the Houston Rockets on Wednesday and San Antonio Spurs on Friday as he continues to recover from knee surgery.

Leonard has been dealing with knee stiffness stemming from the surgery he received in July of 2021 to repair a torn right ACL that he sustained in the second round of the playoffs two seasons ago.

After logging 21 minutes off the bench in the Clippers’ season opener, Leonard sat out the first game of a back-to-back before once again playing 21 minutes against the Phoenix Suns on Oct. 23. Since then, he’s missed four straight games and will have missed six straight by the time the Clippers return home on Sunday to face the Utah Jazz.

“He’s frustrated,” Los Angeles coach Tyronn Lue said. “He wants to travel, but the doctor said it’s not the right thing to do right now with the stiffness and what he is going through.”

It’s unclear if Leonard will play against Utah.

In his two games this season, Leonard averaged 12.5 points, 6.5 rebounds and 2.0 assists while shooting 44.4 percent from the field.

Leonard, 31, is in his 11th NBA season and third with the Clippers. He led the Raptors to a championship during his one season in Toronto after spending the beginning of his career (2011-18) with the Spurs.