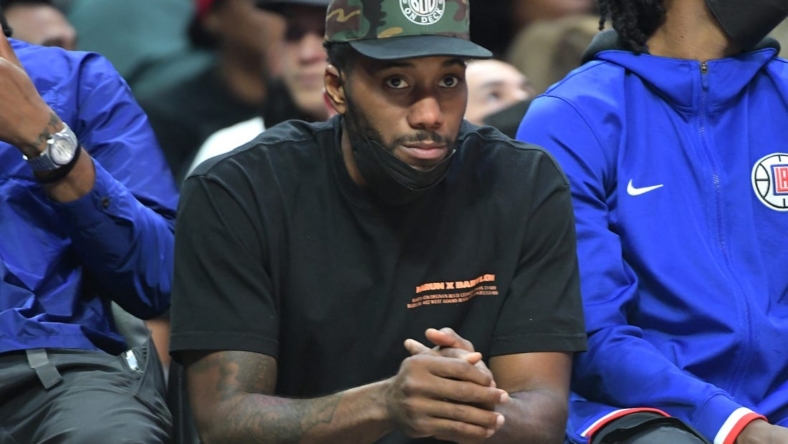 Kawhi Leonard’s return from a knee injury continues to be a slow process as the star Los Angeles Clippers forward missed his third consecutive game Sunday.

Leonard was out the entire 2021-22 season after surgery for a torn right ACL. The injury occurred in the second round of the playoffs in 2021.

Leonard missed a pair of games last week at Oklahoma City with what was described as stiffness in his right knee. After he was ruled out of Tuesday’s game, he flew back to Los Angeles for treatment and did not play Thursday.

The reason for his absence Sunday, in a home game against the New Orleans Pelicans, was listed as “right knee; injury management.”

Before Sunday’s game, Clippers head coach Tyronn Lue said Leonard will not play Monday either at home against the Houston Rockets.

“We know he’s out (Monday). I think it’s going to be a game-to-game thing,” Lue told reporters Sunday. “He’s feeling better. We just continue to rehab and just try to get rid of the stiffness he had going on in that knee, but he’s feeling better so that’s a great sign.”

A five-time All-Star and three-time All-NBA first-team selection, Leonard has played just two games this season, scoring 12.5 points with 6.5 rebounds and 2.0 assists in limited action off the bench. The Clippers have opened the season with a 2-3 record.