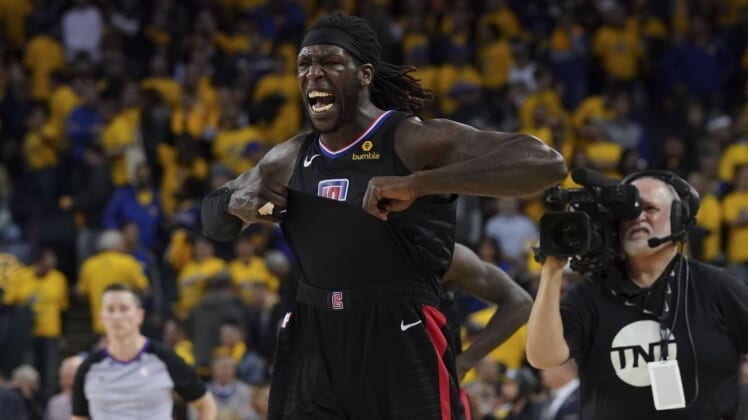 Stephen Curry had it going big time. The Warriors found themselves up 31 points about midway through the third quarter and having a ton of fun inside Oracle Arena.

Then, something happened. Patrick Beverley happened. Montrezl Harrell happened. Lou Williams happened. On the other end of the court, a disinterested Warriors squad bumbled away every opportunity in the face of an increased presence from Los Angeles’ defense.

The end result was a game Clippers squad coming back from 31 points down to defeat Golden State in the biggest comeback victory in NBA Playoff history.

To most, this was an absolute shock. Golden State seemed primed for a four-game sweep of the Clippers and a likely matchup with the Houston Rockets in the Western Conference Semifinals.

But for those who have paid close attention to the Warriors this season, it wasn’t that huge of a surprise. The Clippers took them out of their game. Kevin Durant was a non presence. The offense sputtered. The defense gave up too many wide open shots.

Los Angeles ultimately exposed the very same weaknesses that the keen-eyed observer have seen in these Warriors over the course of the season.

Patrick Beverley: Love him or hate him.

Take advantage: These Warriors have seemed disinterested at times.

Steve Kerr noted after the game that Golden State just stopped playing basketball about midway through the third quarter.

That’s evidenced by the fact that Los Angeles shot a whopping 66 percent in the second half, scoring a grand total of 85 points in the process.

That’s the key. As noted above, these Warriors tend to get complacent at times. When they aren’t executing on offense, defense takes a major step back.

As this was happening, Rivers was out there coaching up his team. Kerr struggled with his rotations, primarily because of foul trouble to both Curry and Durant.

It was really the perfect storm for what ultimately was the greatest comeback in NBA postseason history. It’s unlikely to repeat itself. The Warriors will more than likely end this in five or six games.

Even then, a scrappy Clippers squad gave the rest of the Western Conference and the NBA a blueprint for success.

It’s those four factors that led to Los Angeles’ improbable comeback and the Warriors pretty much choking Game 2 away.

No need to look any further than that.