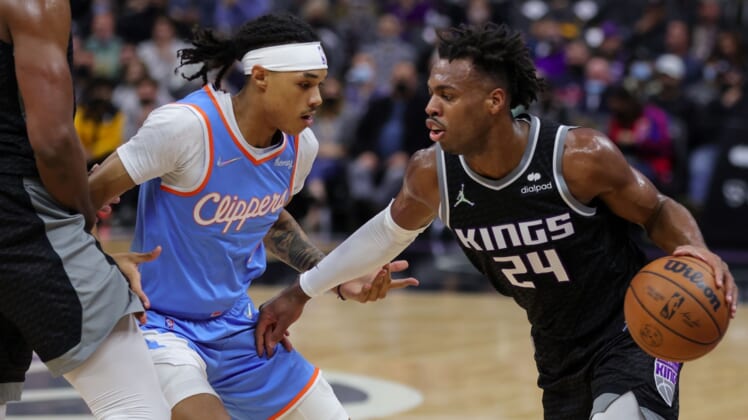 The Los Angeles Clippers continued their mastery of the Sacramento Kings in the California capital on Wednesday night, riding Eric Bledsoe’s 19 points to a 105-89 victory.

Paul George and Serge Ibaka chipped in with 17 points apiece for the Clippers, who have beaten the Kings in Sacramento on 16 times of their past 17 attempts.

The lone exception in the run that dates back to April 2013 was a 104-99 Kings home win earlier this month.

Coming off three consecutive losses, including a 116-92 home drubbing at the hands of the San Antonio Spurs on Monday, the Clippers never trailed and led by as many as 19 points.

The Kings closed within 74-70 when Tyrese Haliburton scored the first basket of the fourth quarter. However, the Clippers scored the next six points, including a Bledsoe jumper, to regain a double-digit lead.

Sacramento, which ended up with a second straight loss, got no closer than seven after that.

Bledsoe also had team highs in rebounds (eight) and assists (seven) for the Clippers, who outshot the Kings 51.2 percent to 40 percent. George contributed six assists and five steals.

Terance Mann added 13 points and Ivica Zubac 10 for Los Angeles as they combined to make 10 of their 13 shots.

Haliburton finished with a game-high 22 points and a game-high 13 assists for the Kings, who lost despite outscoring the visitors 36-21 on 3-pointers.

The double-double was Haliburton’s seventh of the season.

Still without De’Aaron Fox, Marvin Bagley III, Damion Mitchell and four others due to COVID issues, the Kings also got 18 points from Harrison Barnes, 16 from Buddy Hield, and 11 apiece from Chimezie Metu and Tristan Thompson.

Hield, who ranks second to Stephen Curry in the NBA in 3-pointers, shot 5-for-18 from beyond the arc.

Metu was a second King to notch a double-double, pulling down a game-high 10 rebounds.