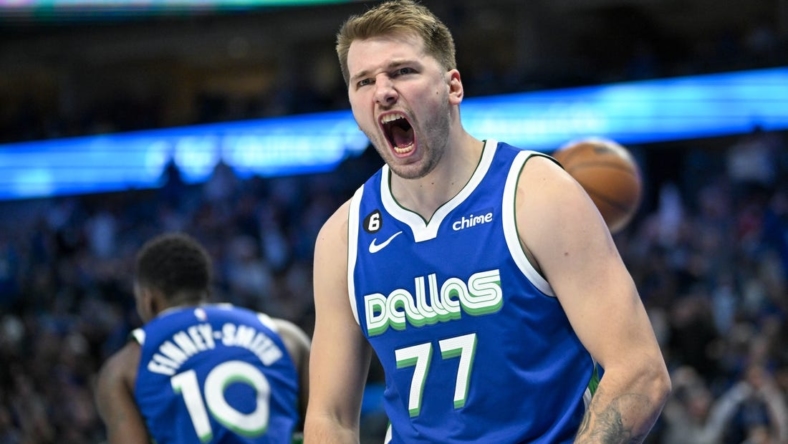 The Los Angeles Clippers will play the second leg of a Texas back-to-back on Tuesday night, visiting NBA leading scorer Luka Doncic and the Dallas Mavericks.

Los Angeles scored its third win in the past four games with a 122-106 victory over the Houston Rockets on Monday. Clippers forward Paul George finished with 22 points, eight rebounds and five assists, continuing to shoulder the load with Kawhi Leonard out.

After missing the entirety of last season due to a torn anterior cruciate ligament sustained in the 2021 playoffs, Leonard appeared in two of the Clippers’ first three games this season before returning to the sideline with knee issues.

George, meanwhile, has scored at least 22 points in seven of the past eight games. Los Angeles is 6-2 over that stretch. For the season, George is averaging 24.5 points per game on 45.7 percent shooting from the floor.

“It’s more so a credit to our team when we are moving the ball, sharing the ball,” George said Monday after five teammates joined him with double-figure scoring on the night.

Six Clippers who have appeared in at least 10 games are averaging 10.5 points per game or more. Among that group is John Wall at 12.6 points per game.

Wall missed the Monday game due to injury management, but Los Angeles coach Tyronn Lue told reporters afterward that Wall would be available for the Tuesday trip to Dallas.

The Clippers come in to face a Mavericks squad that opened a five-game homestand with a victory over Portland on Saturday. Dallas rebounded from a two-game losing streak to defeat the Trail Blazers 117-112.

Doncic recorded a triple-double of 42 points, 13 rebounds and 10 assists, continuing his impressive opening stretch to the 2022-23 season.

Doncic’s average of 34.3 points per game leads the NBA, outpacing the second-most prolific scorer, Philadelphia 76ers big man Joel Embiid, by two points per contest. Doncic also is tied for fifth in the league in assists at 8.1 per game.

As explosive as Doncic has been on offense, Dallas will enter the Tuesday matchup having thrived on defense. The Mavericks are holding opponents to 107.2 points per game, which is ranked fifth in the NBA.

Another statistic of note: Dallas is 7-0 when Josh Green makes a 3-pointer.

The reserve wing, who is averaging 6.3 points per game, is shooting 50 percent from beyond the arc this season. He was 2-for-5 against the Trail Blazers.

“Honestly, I never really looked at it,” Green said following Dallas’ practice on Monday. “My goal is every game, just go in the game and shoot the ball. I know I can shoot the ball, no matter what the percentages are. I trust my teammates, they trust me. If I’m open, I’m going to shoot it.”

As a team, Dallas is attempting an average of 38.3 3-point shots per game and making 13.3 per contest, a rate of 34.8 percent that ranks 18th in the NBA. Los Angeles comes in holding opponents to 34.7 percent from deep, the 10th-best figure in the league.