Clippers aim to rebound from loss in clash vs. Pistons 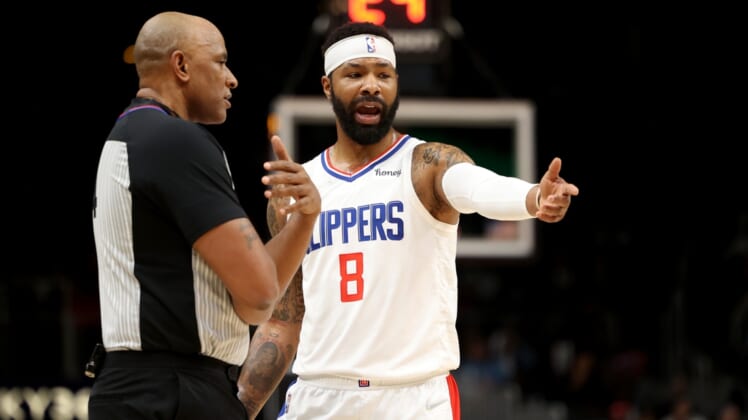 Center Ivica Zubac believes improved rebounding will lead to better results for the Los Angeles Clippers, who have lost three of their last four games.

The Clippers, who play at Detroit on Sunday afternoon, were outrebounded 47-36 in a 112-106 loss to Atlanta on Friday night.

“It’s just a team effort and I feel in the last few weeks we’ve been lacking that effort on the boards because that’s what mostly rebounds are — is effort,” Zubac said. “It’s boxing out and just you’ve got to go and get it. We’ve all got to do a better job, it’s fundamentals, and that’s it.”

The Clippers are now just one game above .500 at 35-34 with 13 games remaining. They’re not in any danger of sliding out of the playoff picture but there’s little hope they can escape the play-in tournament. Los Angeles enters Saturday’s action 3 1/2 games behind Minnesota for the seventh spot, which would ensure home court advantage for the play-in round.

“We only got what 13 games left or whatever so we’ve got to leave it all out there,” Zubac said. “We need every win, so whatever it takes.”

Along with their rebounding woes, the Clippers were outscored 54-44 by the Hawks in the paint. It didn’t help that forward Marcus Morris Sr. was ejected in the third quarter for arguing with the officials.

“The effort, like Zu said, wasn’t there,” swingman Luke Kennard said. “But it’s definitely on our mind. So we have the group and the guys that want to focus on it and want to get better any chance we can, and that’s going to be our big thing going forward.”

The Clippers are operating without injured stars Kawhi Leonard and Paul George, as well as forwards Norman Powell (foot) and Robert Covington (personal).

The Pistons are also playing with a short-handed crew. A handful of their rotation players missed their 114-103 loss at Boston on Friday due to injuries. That group includes starting center Isaiah Stewart (knee) and second-unit floor leader Killian Hayes (thigh).

They had to rely on some little-used rookies for depth and it proved costly.

“We had to give some guys a rest and we had (Jamorko) Pickett, (Isaiah) Livers and our G League group (including point guard Saben Lee) in there to start the fourth quarter,” coach Dwane Casey said. “That’s when they made their run. Had to bring the starters back and we just couldn’t get it going. I did like a lot of good things we did, especially in the first half, first three quarters.”

The Pistons offense continued to stall after the starters re-entered the game. They were outscored 22-13 in the fourth quarter.

Boston shot 46.7 percent from the field despite making just 6 of 32 3-point attempts.

“I think we could’ve done a lot of things better defensively,” forward Marvin Bagley III said. “We had turnovers that cost us. We’ve just got to lock in on the small things throughout the 48 minutes and if we do that, we win this game. But it’s next-play mentality. Go watch the tape, so what we can do better, come back tomorrow and get ready for another game.”

Former Piston Reggie Jackson scored 21 points when Detroit visited Los Angeles on Nov. 26. That lifted the Clippers to a 107-96 victory.