Cleveland State faces Xavier in first round of ‘special’ tournament 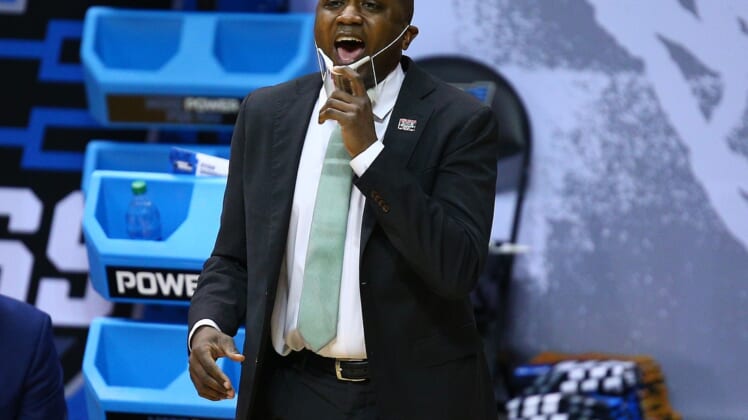 The National Invitation Tournament might not be the prestigious tournament it once was, but for Cleveland State coach Dennis Gates, it carries plenty of meaning.

Gates and the Vikings (20-10) will open what they hope is a long run in the tournament Tuesday night in Cincinnati when they visit second-seeded Xavier (18-13) in the first round.

Cleveland State won a share of the Horizon League regular-season title and was the top seed for the conference tournament but was upset 82-67 in the semifinals by eventual champion Wright State.

The Vikings benefited from a rule that grants regular-season champs an automatic NIT bid should they stumble in their conference tournament.

“There were several teams not being able to play in the postseason if they lost in a one-bid league or a tournament,” Gates told Cleveland.com. “For our program to get an automatic bid into something that prestigious, it’s special.”

Gates has good memories of the NIT. As a freshman at California in 1999, he played on an NIT champion. Now he has a chance to win it as a coach.

D’Moi Hodge leads a balanced Cleveland State attack at 15.4 points per game, while Torrey Patton averages 13.7. Tre Gomillion adds 10.3 and three other players chip in between 7.1 and 7.4 per game.

Meanwhile, Xavier will face the task of putting the pieces together for this tournament after missing out on the NCAA tourney due to a late-season collapse. The Musketeers lost six of their last seven games, including an 89-82 overtime decision Wednesday against Butler in the Big East tournament.

Xavier has had trouble stopping teams on defense during this skid, allowing an average of 83.4 points in the past seven games. The Musketeers have given up at least 80 points in five of those games.

This will be the first meeting between Cleveland State and Xavier.