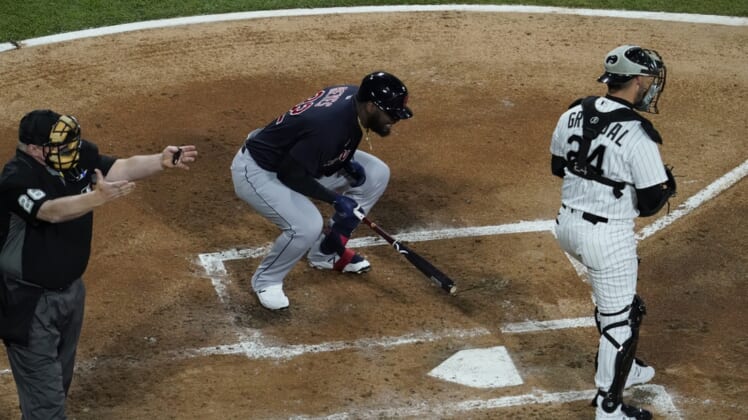 Roberto Perez had an RBI infield single and Amed Rosario added a run-scoring double to key a 10th-inning rally, and Shane Bieber pitched nine scoreless innings to lift the Cleveland Indians to a 2-0 victory against the host Chicago White Sox on Tuesday.

Cleveland broke through in extra innings after Bieber dueled with White Sox counterpart Lucas Giolito. The Indians evened the four-game series at one game apiece.

Bieber (1-1) limited Chicago to three hits while walking one and striking out 11. The White Sox had only three singles.

Eddie Rosario had two of the five Indians’ hits.

White Sox pinch hitter Yermin Mercedes lofted a would-be double near the right field foul line to lead off the ninth, but umpires ruled the play foul, and the call stood following a Chicago challenge and Mercedes then grounded out.

Adam Eaton followed with a single to left for the club’s first hit since the third inning, and Jose Abreu coaxed a two-out walk, but Chicago failed to score as Yoan Moncada struck out.

Commanding his arsenal of breaking pitches and working quickly, Bieber retired nine consecutive White Sox after Danny Mendick singled with one out in the third inning. Eaton snapped the streak when he was hit by a pitch with two outs in the sixth.

Bieber didn’t record a strikeout for the first 2 2/3 innings, but quickly showed his prowess, fanning five straight Chicago batters at one point, all of them swinging.

Neither pitcher issued a walk until Giolito walked Cesar Hernandez with two outs in the sixth. Giolito recovered to retire Jose Ramirez on a sharp grounder to first baseman Jose Abreu to end the inning.

Giolito scattered three hits and two walks over seven-plus innings while striking out eight. He exited after walking Roberto Perez to start the eighth. He threw 107 pitches, 75 for strikes.

Evan Marshall kept the game scoreless by retiring each of the three batters he faced in the eighth, and Liam Hendriks pitched a scoreless ninth before Cleveland rallied against Garrett Crochet (0-2).