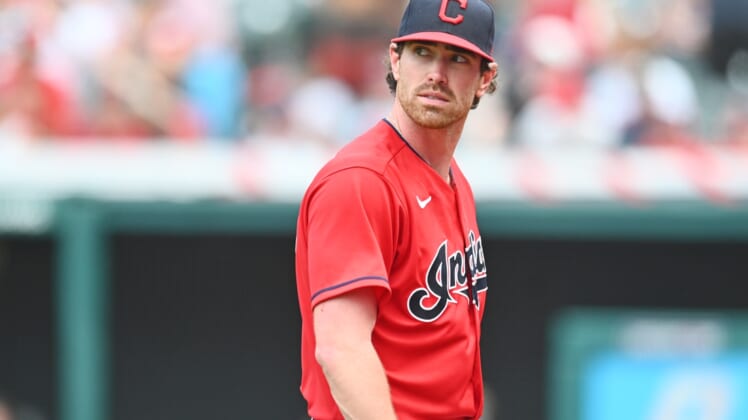 Reigning American League Cy Young Award winner Shane Bieber of the Cleveland Indians was placed on the 10-day injured list Monday due to a muscle strain in his right shoulder.

The move comes one day after Bieber allowed season worsts of five runs and 10 hits over 5 2/3 innings in a 6-2 loss to the Seattle Mariners.

The right-hander will refrain from throwing for two weeks as part of the recovery program.

“He didn’t want to go on the IL,” Cleveland manager Terry Francona told reporters on Monday. “That’s the kind of teammate he is. We said, ‘We want you to have a long healthy career.’ And we don’t want him limping through it. That’s not fair to him.”

Francona said Bieber was examined following Sunday’s start due to a dip in velocity. He also underwent an MRI exam.

The 26-year-old Bieber allowed two homers in the outing while seeing his record drop to 7-4 and his ERA rise to 3.28.

The Indians recalled left-handed reliever Kyle Nelson from Triple-A Columbus in a corresponding move. Nelson had a 7.50 ERA in six appearances for Cleveland earlier this season.