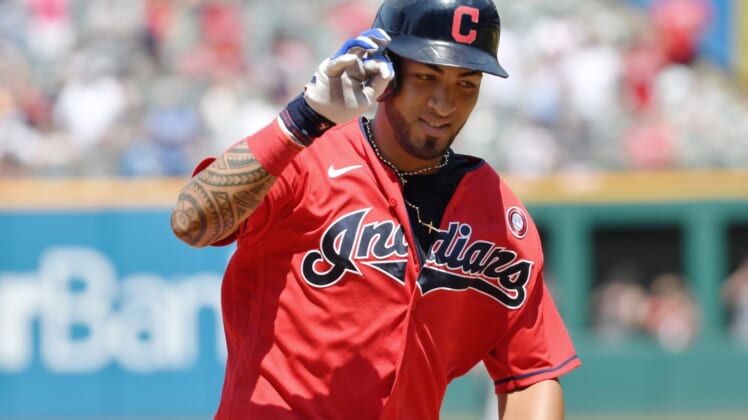 The Cleveland Indians placed outfielder Eddie Rosario on the 10-day injured list with an abdominal strain, one of several transactions ahead of Wednesday’s road doubleheader with the Tampa Bay Rays.

Rosario, 29, got hurt while running out a grounder in the second inning of Monday night’s 9-8 loss to the Rays.

He is batting .254 with seven homers and 46 RBIs in 78 games in his first season with Cleveland. Rosario spent his first six seasons with the Minnesota Twins.

Naylor, 24, is out for the season after suffering multiple leg fractures and torn ligaments in a June 27 collision with a teammate.

Daniel Johnson, 25, went 0-for-9 with five strikeouts in two games with the Indians earlier this season.

DJ Johnson, 31, last pitched in the majors in 2019 with the Colorado Rockies. He is 1-2 with four saves and a 3.63 ERA in 17 relief appearances this season at Columbus.