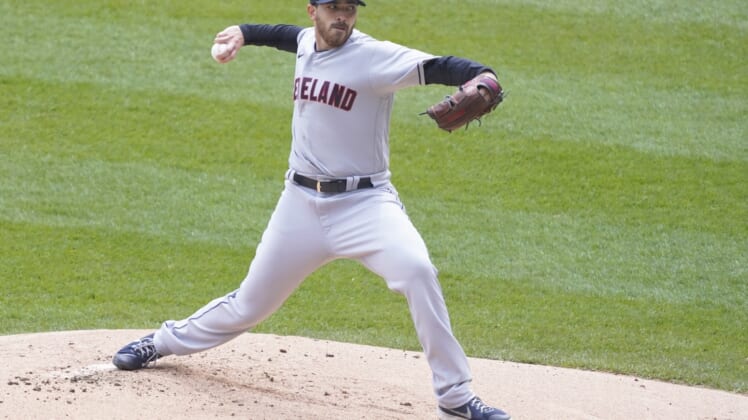 Aaron Civale pitched six strong innings and Jose Ramirez drilled a go-ahead two-run home run in the sixth to help the visiting Cleveland Indians salvage a four-game series split with a 4-2 victory against the Chicago White Sox on Thursday afternoon.

Cesar Hernandez had two of the Indians’ eight hits as the team’s offense awoke. Cleveland batted just .109 (10-for-92) in the first three games of the series and was no-hit by White Sox left-hander Carlos Rodon Wednesday night.

Civale improved to 3-0 after limiting Chicago to one run on five hits with two walks and four strikeouts. Three pitchers combined on three innings of three-hit relief, with Emmanuel Clase pitching around a Luis Robert triple and an unearned run in the ninth to record his third save in as many opportunities.

Heavy commotion ensued in between, as Adam Eaton followed Anderson’s hit with a single of his own, but was thrown out by Indians right fielder Josh Naylor while trying to advance to second base. Eaton took exception, feeling he had been nudged off the bag, and pushed Indians shortstop Andres Gimenez.

Both benches and bullpens cleared, but there were no ejections.

White Sox right-hander Lance Lynn again pitched effectively to bookend the club’s first homestand of the season, but received little run support. One week removed from defeating the Kansas City Royals with a five-hit shutout in the home opener, the right-hander cruised through the first 5 2/3 innings before allowing a go-ahead two-run home run to Ramirez.

Lynn (1-1) allowed two runs on five hits in six innings while striking out 10. He became the first pitcher in franchise history to deliver consecutive starts with 10-plus strikeouts and zero walks.

Cleveland extended its lead to 3-1 on a run-scoring groundout by Gimenez in the seventh and a pair of errors against Chicago first baseman Jose Abreu led to another run in the eighth.

Anderson and Robert had two hits each for Chicago.