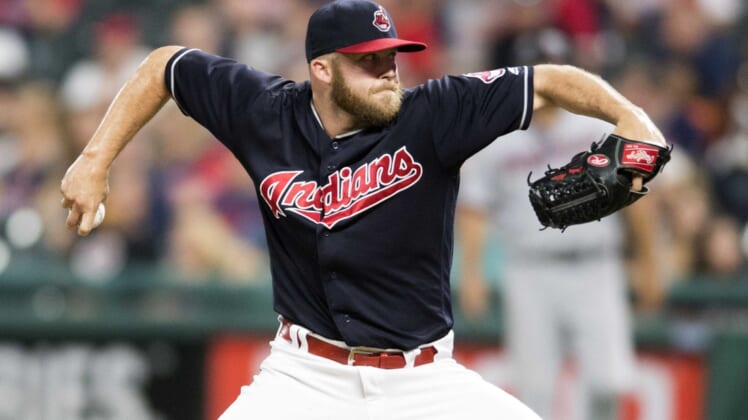 “From a 23rd round draft pick to the franchise saves Crown. Congrats on a great career, Cody. Happy Retirement,” the team said on Twitter.

Allen had 32 saves in 2016, a season that saw the Indians reach the World Series before falling in seven games to the Chicago Cubs.

He was superb in the 2016 postseason and didn’t allow a single run in 13 2/3 innings over 10 appearances. Allen struck out 24 while allowing eight hits and five walks as he recorded six saves.

Allen spent the 2019 season with the Los Angeles Angels and struggled badly as he went 0-2 with a 6.26 ERA in 25 appearances.

In 2020, he was signed and later released by the Texas Rangers on July 24. The Cubs signed Allen a week later and released him in early September.

Allen played college baseball at UCF before becoming the Indians’ 23rd-round pick in 2011.