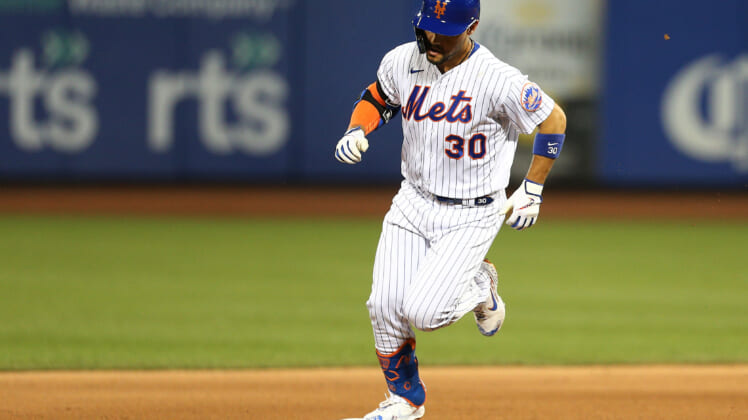 The Cleveland Guardians are in a funky spot. On one hand, they’re coming off a disappointing season. That said, they also have a talented roster with upside that was plagued by injuries last season.

At full force, the Guardians can at least compete for the playoffs, especially given the volatile and continually poor October results of their division (an AL Central team hasn’t won a playoff series since 2016). Furthermore, Cleveland is 30th in MLB in payroll per Spotrac. They have plenty of coin to spend.

Here are two players the Cleveland Guardians should sign with the MLB lockout in the rearview mirror.

If the Guardians are going to compete for the playoffs and have a productive offense, they need more firepower. Conforto gives them as such.

Yes, Conforto is coming off a rough season with the New York Mets. At the same time, he has been a smooth player for the bulk of his MLB career. Conforto, who’s still 29, has a compact swing from the left side, is a considerable power threat, slugs at a high level and is a reliable right fielder. He also has extensive experience playing center and right.

In thought, Cleveland’s starting outfield is in place. Myles Straw, Oscar Mercado, Bradley Zimmer and a healthy Josh Naylor fill out the outfield depth chart. Meanwhile, Franmil Reyes serves as the designated hitter while occasionally playing the field. Reality check, though: every one of the aforementioned players have shaky standings.

Straw lacks in power. Mercado has been inconsistent. Zimmer has never been able to gain notable traction. Reyes has been banged up in the past. While Conforto is coming off an injury himself, he’d be their best outfielder from the jump. Plus, why would the Guardians bank on every one of their current outfielders playing well, to begin with?

Conforto adds a much-needed player with All-Star upside to manager Terry Francona’s lineup. The former along with Jose Ramirez, Reyes and Amed Rosario would headline an offense that can be relied on to at least provide a reasonable amount of run support.

Cleveland has payroll flexibility, and Conforto is a player nearing his prime who fills a hole on their depth chart. He’d be a tremendous signing.

Parker has been a plausible reliever for the better part of the last five years. He typically logs strikeouts at a high rate, works out of trouble and finds success relying on his four seamer and split-fingered fastball.

Shane Bieber, Aaron Civale and Zach Plesac headline one of the better rotations in the sport of late. All the while, Cleveland has a handful of pitchers adept at both starting and relieving like Cal Quantrill and Logan Allen. Those who don’t crack the starting five can be part of the bullpen, which underscores the importance of Cleveland being money in the late innings.

Emmanuel Clase is an elite closer. James Karinchak, Nick Sandlin and Trevor Stephan have either been reliable relievers or flashed potential in their brief MLB careers. Cleveland will likely make another move to fill out their bullpen, so why not invest in someone they’ve become familiar with in Parker? 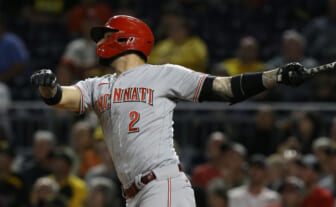 The Guardians maintain a balanced bullpen by keeping Parker. Clase is the closer, Parker and Karinchak set up the ninth inning and those who don’t crack the rotation are long relievers. Plus, Cleveland’s starting rotation being at or near 100 percent and therefore providing length takes some of the workload off the bullpen.

A lot has to happen for Cleveland to get back in AL contention. They need more roster durability and some of their young position players to make substantial leaps. A team can compete with a middle-of-the-pack offensive attack if they have a well-oiled machine for a pitching staff. Keeping Parker is a step toward the Guardians posing such a threat.