The Cleveland Cavaliers emerged from the 2021 NBA Draft lottery with the No. 3 overall pick and the chance to improve the course of their franchise.

With the organization at a pivotal crossroads and leverage to move multiple star players, the Cavs could be in the market for a blockbuster draft-night trade. Read our preview of Cleveland’s draft to see what the team might do at No. 3 overall. 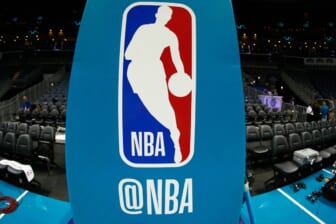 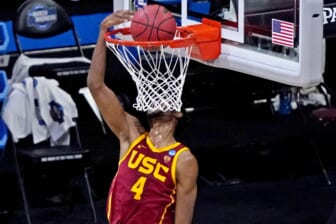 Everyone is expecting the Detroit Pistons to select Oklahoma State guard Cade Cunningham with the first pick, so there won’t be much suspense there. Cunningham is rumored to only be visiting the Pistons. Pretty obvious intentions.

Once the Houston Rockets are off the clock at No. 2, they’ll either have taken a top guard prospect or USC’s Evan Mobley, who we’ll get to here soon. Gonzaga’s Jalen Suggs and G League product Jalen Green are the consensus choices for Houston if it opts to address the backcourt. 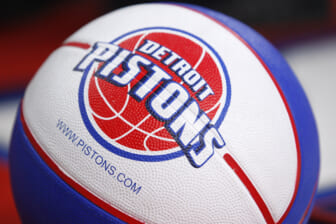 That’ll leave either Suggs or Green open for the Cavs to take. They already have a strong backcourt in Collin Sexton and Darius Garland, yet it’s a nice problem to have if you have too many quality guards in the modern NBA.

Green feels like the better fit, since he’s more of an off-ball player compared to Suggs. He could actually wind up starting at the 3 for Cleveland, with 2020 lottery pick Isaac Okoro then becoming either a super sub off the bench, or a small-ball power forward.

If Suggs is the pick — and in our mock, Green is off the board, so he is — that’s likely a signal that the Cavs have a trade worked out that’ll send Sexton packing for another team. 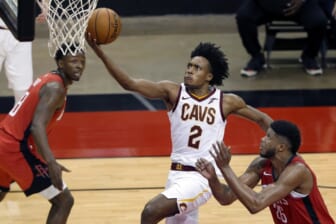 If you’re a Cavaliers fan, you could talk yourself into a scenario — albeit filled with the word “if” — where your team makes the playoffs in the East if USC’s Evan Mobley is the pick at No. 3.

Mobley is a more athletic, skilled and high-upside offensive player than restricted free agent Jarrett Allen, but keeping both of them for the time being would give Cleveland uncommon versatility and defensive prowess in the frontcourt.

Let’s review what this would mean: If Mobley is the pick, and Isaac Okoro takes a big step up in Year 2, and Collin Sexton keeps performing like an All-Star, and Darius Garland maintains his positive trajectory and Kevin Love stays healthy, suddenly that’s an excellent starting five. Allen could be a super sub off the bench. 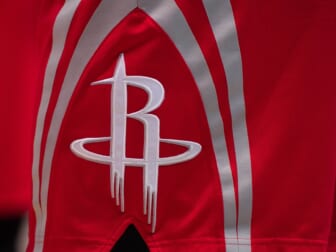 You can see how pretty much everything would have to go right for the Cavs to pull this off.

Mobley would definitely add to an already-promising defense headlined by Sexton and Okoro, but that’s a lot to expect out of young players. Plus, Love seems to long for a change of scenery, and getting someone with Mobley’s all-around skill set might actually increase the chances that Love gets traded this summer.

In any event, Mobley is an excellent fit and can help Cleveland build a defensive identity.

Maybe the Cavs won’t be content with just drafting and hoping they hit on their high lottery pick. Through a variety of combinations, they can move off Love or Sexton and exchange them for a proven superstar. 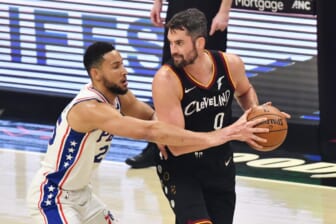 In this space before, there was a scenario in which Simmons wound up on the Cavaliers and the No. 3 overall pick was sacrificed. That’s no longer the case. Instead of mortgaging the future on a shaky shooter in Simmons, Cleveland overhauls its roster to build around Darius Garland, rather than Collin Sexton.

Keeping Jarrett Allen is the plan in this scenario. Adding Tobias Harris from Philadelphia and Andrew Wiggins from the Golden State Warriors to the wing with Okoro gives the Cavs tons of firepower there, and a lot of small-ball lineup flexibility.

With Allen, Harris, Wiggins, and Garland in the starting lineup, that fits nicely into Cleveland either drafting Jalen Green or Jalen Suggs. In any case, the Cavs have to like what that looks like on paper.

Simmons going to Golden State costs the Dubs a franchise player in Green, but they’re getting a younger, more dynamic version of him anyway. While this move leaves the rotation a little thin, remember that James Wiseman still has tons of upside, and free agent Kelly Oubre Jr. would presumably return if this trade happened.

Meanwhile, Green goes to Philly with the chip on his shoulder grown to a boulder, and the Sixers get the perimeter scoring threat they desperately need in Sexton, along with another rebounding specialist and frontcourt matchup problem in Love.

You can see the appeal of this move for the Toronto Raptors. They’d get a young point guard in Sexton who’s used to playing either spot in the backcourt due to his sharing time with Garland in Cleveland. Sexton would fit so nicely alongside Fred VanVleet in Toronto.

Then, the Cavs get a legitimate stud in Pascal Siakam, get Love a fresh start on a team that needs his rebounding and floor spacing, and still have a high draft pick to help compensate for Sexton’s departure. Seems like everyone wins here, right?

Since the Orlando Magic will be getting both Markelle Fultz and Jonathan Isaac back from injury this coming season, they should be in the market to move up for a legitimate blue-chip prospect in the 2021 NBA Draft.

Cleveland gambles a bit on Mohamed Bamba’s upside, gets some necessary scoring help and athleticism on the wing with Gary Harris and still gets two solid prospects in this package.

This may look like a lopsided trade in the Cavs’ favor initially. Remember, Harris has been riddled with injuries and would get an expensive, expiring salary off the books for Orlando.

Meanwhile, the Magic’s depth and versatility at forward improves here with Taurean Prince and Larry Nance Jr., and Orlando would probably want Jalen Green at No. 3 overall since Fultz is a shooting liability.

Cleveland Cavaliers draft preview: To trade or not to trade?

That is the question everything boils down to for the Cavaliers’ 2021 NBA Draft. They should probably commit to building around Sexton and Garland while also finding a way to trade Love.

If Cleveland can pull off those two objectives and still somehow hang onto its only pick in this year’s draft, it’ll be a huge win of an offseason for a franchise still struggling to rebuild in the post-LeBron James era.