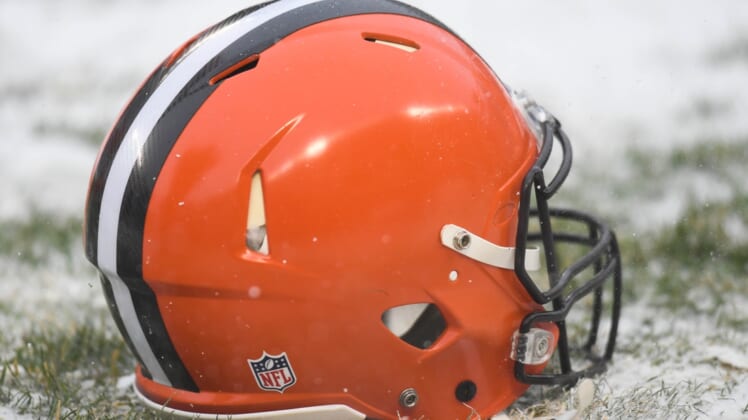 Dec 24, 2017; Chicago, IL, USA; A general view of a Cleveland Browns helmet prior to a game against the Chicago Bears at Soldier Field. The Bears won 20-3. Mandatory Credit: Patrick Gorski-USA TODAY Sports

The Cleveland Browns suspended chief of staff Callie Brownson after she was charged with drunken driving.

Browns coach Kevin Stefanski confirmed the suspension Wednesday but did not specify its duration. He said Brownson would not be fired.

“She’s extremely remorseful. I’ve spoken to her many times and she’ll learn from this,” Stefanski said, per the NFL Network. “I’m disappointed, she’s disappointed.” 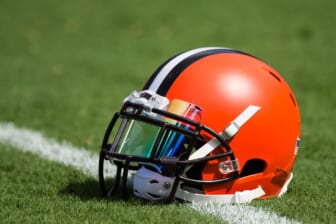 She pleaded no contest on Tuesday in Brunswick’s Mayor’s Court to a charge of operating a vehicle under the influence. She paid $780 in court costs and fines, had her license suspended and must attend a driver intervention program, according to Cleveland.com.

Brownson, 31, is entering her second season with the Browns. She made history last season as the first woman to coach an NFL position group during a regular season game when she filled in for tight ends coach Drew Petzing against the Jacksonville Jaguars on Nov. 29.