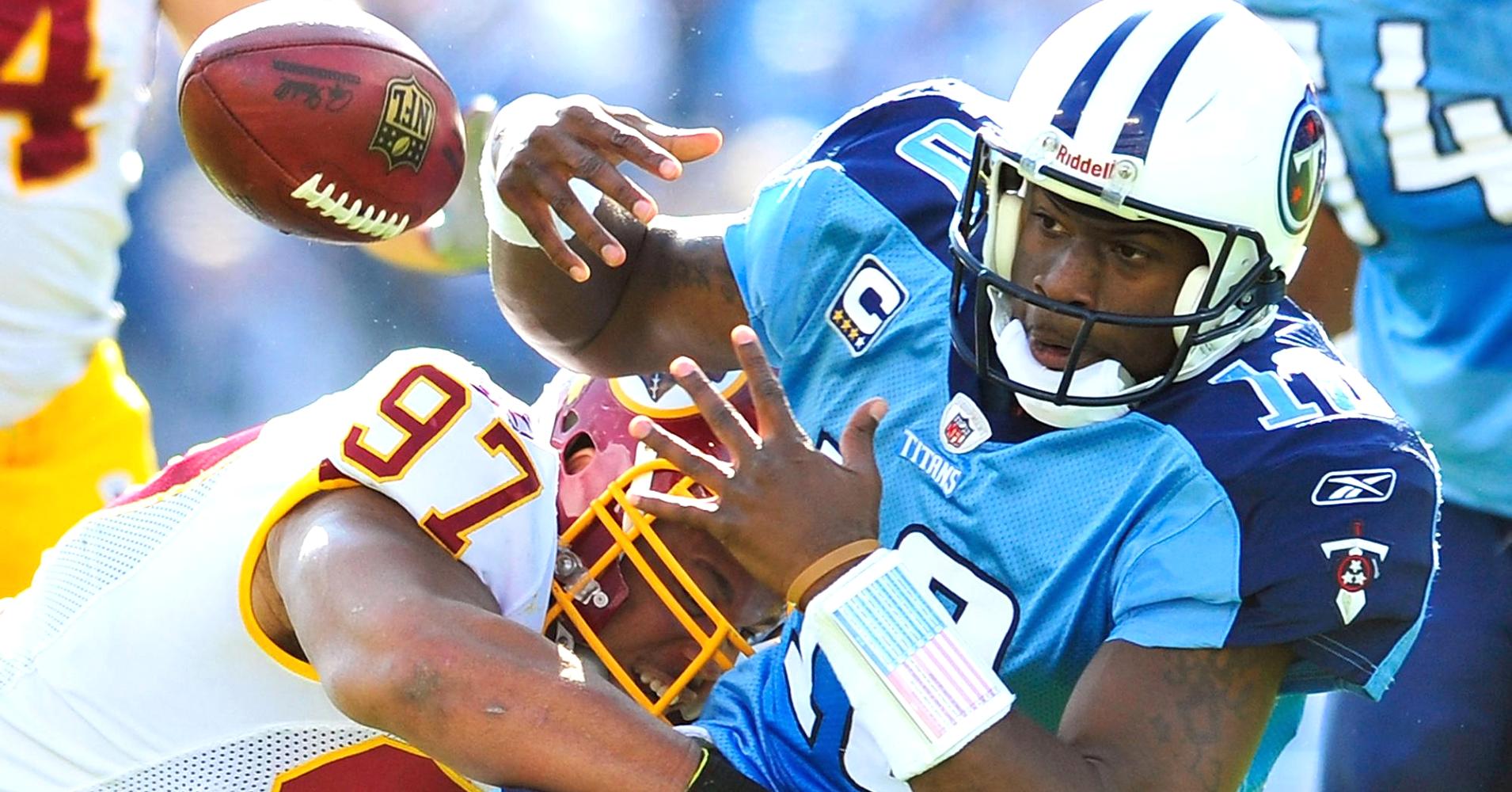 Apparently the Cleveland Browns didn’t feel that it made much sense to have Vince Young act as a veteran leader for newly drafted quarterback Johnny Manziel. They released the journyman signal caller today, just a few days after making Manziel a first-round pick.

The 30-year-old quarterback last saw regular season playing time with the Philadelphia Eagles back in 2011. He threw four touchdowns compared to nine interceptions in three starts and parts of four other games. Young had previously been a training camp body for the Green Bay Packers last season before catching on with the Buffalo Bills for a couple weeks in late summer.

Now that Young is back on the street at 30 years old after a quarterback-needy Browns organization released him, we can finally start to close the door one one of the most disappointing professional careers in recent league history.

Remember, Young was considered a franchise quarterback when the Tennessee Titans made him the No. 3 overall pick in the 2006 NFL draft. He earned a trip to the Pro Bowl as a rookie, leading Tennessee to an 8-5 record. After going 9-6 in 15 starts the following season, Young only played in one game during the 2008 campaign, as a whole host of issues popped up on and off the field.

Making a comeback in 2009, led the Titans to 8-2 record after they started 0-6 under Kerry Collins and earned yet another Pro Bowl nod. It was after the 2009 campaign that things came crumbling down for the former top pick.

He had an altercation with Fisher after a game during the 2010 season, threw some of his gear at fans in Nashville and at one point refused to back into a football game. The Titans decided to cut ties with young following that season.

Interstingly enough, Young finished his Titans career with a .638 winning percentage in 47 starts. It was, however, his attitude that steered them away from him after just five seasons.

Now 30 years old, it’s hard to imagine Young being given much of an opportunity in the NFL. He wasn’t good enough to stick on a Bills team that was fielding the likes of Jeff Tuel and Thaddeus Lewis last season. Now, he’s off a Browns team that decided to stick with Tyler Thigpen over him. If that’s not the writing on the proverbial wall, I don’t know what is.