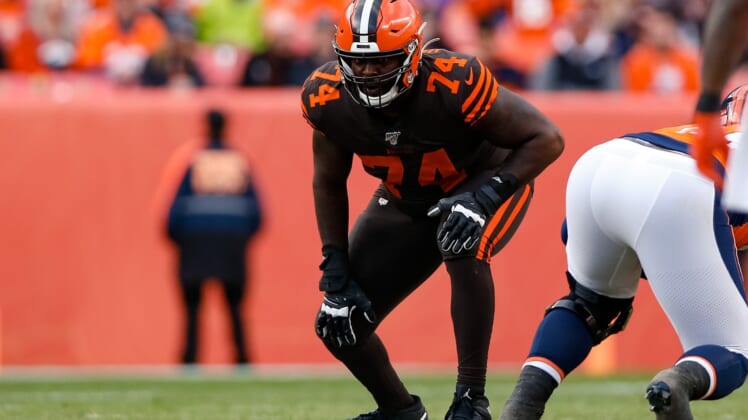 Landing on IR will prevent any of the players from being activated for another three weeks.

Hubbard, 30, has played in 81 games over an eight-year career with the Pittsburgh Steelers and Cleveland, starting 48 times. He has appeared in just one game this season, getting 39 snaps against the Kansas City Chiefs in Week 1.

Janovich, 28, is a six-year vet who previously played for the Denver Broncos. He has played in all five games this season, scoring a rushing touchdown against the Houston Texans in Week 2.

Stewart, 26, has appeared in 42 games (including all five games this year) during a four-year career with Cleveland and the Tampa Bay Buccaneers. He has 101 career tackles to go along with two interceptions.

Jackson, 24, has appeared in 13 games over three seasons with Cleveland and the Dallas Cowboys. Stanton, 27, has one career appearance, playing 12 offensive snaps with the Browns in 2020. Harris, 26, has an NFL resume that includes just two games for the San Francisco 49ers, both last year.