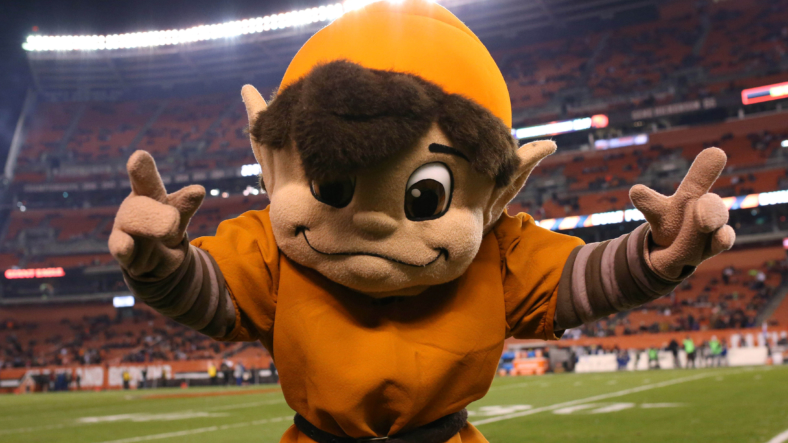 The Cleveland Browns will bring back the elf for their home opener against the New York Jets on Sunday. No, the team didn’t re-acquire Baker Mayfield. Rather, Brownie the Elf will appear as the team’s mid-field logo for games this season. It starts Week 2 and is all sorts of weird. It’s also all sorts of cool.

The Browns seem to be excited about the new mid-field logo. It also must be noted that fans of the football team actually voted to make this happen. So, don’t blame Cleveland’s creativity on the powers that be.

For you who lack the understanding of football history and logos (raises hand), this isn’t new. In fact, this dates back to the Cleveland Browns glory years of the 1940s when they won four consecutive All American Football Conference championships (yes, the Browns actually had glory years).

Then-owner Arthur McBride wanted to make the Browns more marketable. After considering the options, he went with Brownie as the face of the team. True to his old stick-in-the-mud ways, former Cleveland owner Art Modell retired the logo in the 1960s because he thought it was “too childish.”

Once the Browns were resurrected by the NFL in 1999, then-owner Randy Lerner opted to bring Brownie the Elf back.

Here’s an actual video history of Brownie the Elf and his connection with the modern-day Cleveland Browns. It’s pretty cool stuff.

It’s great when a football team can appreciate its history. However, some were not as favorable to Cleveland unretiring Brownie the Elf. There were certainly mixed reactions.

The Cleveland Browns have not made many good decisions in their recent history. But put us in the category of absolutely loving the Browie the Elf logo. History mixed with a bit of ridiculous. That’s so 2022.

As for this season’s itertation of the Browns, they opened the campaign with a win over the Carolina Panthers and could very well go 2-0 with a game coming up against the hapless Jets on Sunday.