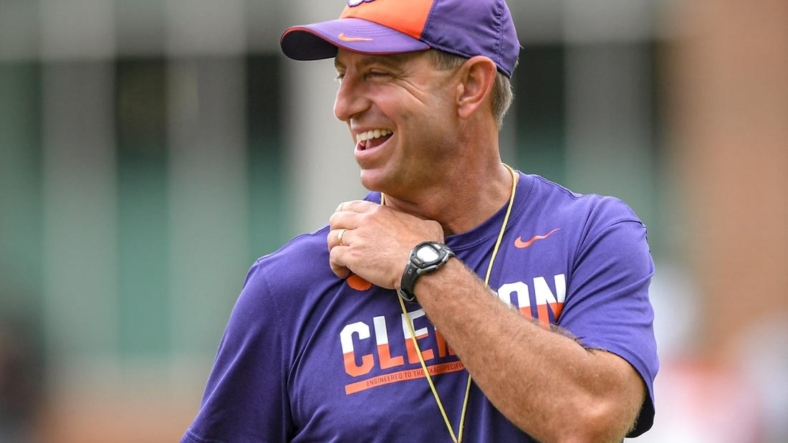 Clemson and football coach Dabo Swinney agreed Thursday to a 10-year extension through the 2031 season worth a reported $115 million.

Swinney, 52, has compiled a 151-36 record with two national championships since taking over midway through the 2008 season. The fifth-ranked Tigers opened the 2022 season with a 41-10 rout of Georgia Tech on Monday.

The deal, approved by the Clemson Board of Trustees on Thursday morning, makes Swinney the second-highest-paid coach in college football behind Alabama’s Nick Saban, who agreed to an eight-year, $93.6 million extension last month. Swinney will earn an average of $11.5 million per season compared to Saban’s $11.7 million.

Clemson is proud to announce that we have extended Dabo Swinney through the 2031 season. #ALLIN pic.twitter.com/VXopNTmpVy

“Coach Swinney and his family’s impact on our community and department cannot be understated, and his success and stability nationally is truly uncommon,” athletic director Graham Neff said in a news release. “It is critical that Clemson continue to invest in our football program, and ensure our head coach is at Clemson for a long, long time. The best is yet to come.”

Swinney trails only Frank Howard (165) in career wins at Clemson.