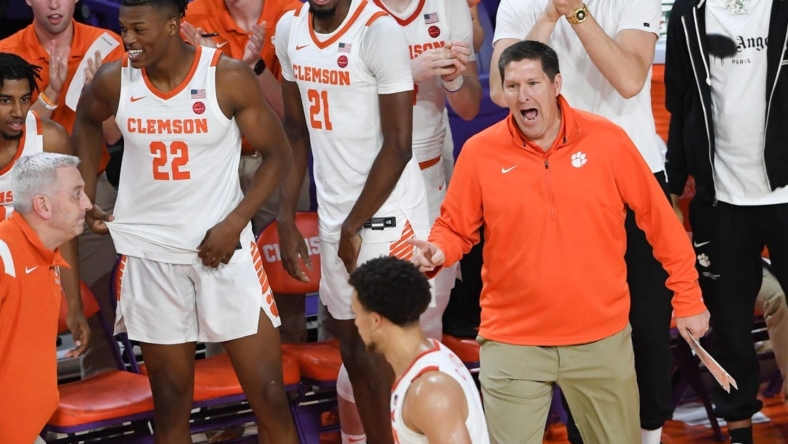 After losing on a last-second shot to rival South Carolina, Clemson will look to get back in the win column against visiting USC Upstate on Tuesday night.

The Spartans (1-1) are coming off a lopsided 84-38 loss to No. 7 Duke, in which coach Dave Dickerson said his team was just outmanned.

“Duke is a good team and they’re young,” Dickerson said. “They’re long and athletic. And when a team like ours comes in, mid-major and down three starters, it’s just going to be tough. But our guys played hard, they fought and that’s all I can ask for from them in this situation.”

The Blue Devils scored 39 points off 23 USC Upstate turnovers, a performance Dickerson said his team must quickly flush. And with another ACC opponent in Clemson on deck, the primary focus at this point is getting healthy.

“We don’t talk about it,” Dickerson said. “And obviously, for us, it’s the second game of the year. So, we just got to get healthy mentally, emotionally and physically right now. And when we come back to practice, we just want to see a team that’s a step closer to being healthy. And then get ready for the next one.”

The Tigers (1-1) are coming off a disappointing outing themselves, a 60-58 defeat at the hands of South Carolina.

“Very physical game,” Clemson coach Brad Brownell said. “I’m disappointed. I just didn’t think we played as well as we have in practice, in terms of offensive execution. Certainly, some of the credit for that is because of the physicality of South Carolina.”

One area his team must improve in is rebounding. The Gamecocks owned the glass against the Tigers, outrebounding Clemson 50-32, with 19 of those being of the offensive variety.

One positive coming out of the loss was the early return of All-ACC performer PJ Hall. Hall led the Tigers with 15 points in his season debut, on 7-of-12 shooting. Brownell welcomed the performance, seeing as his star just recently returned to practice after a lengthy layoff following knee surgery.

“PJ, it’s remarkable that he played as well as he did,” Brownell said. “I mean, it really is. This poor guy, what he’s had to deal with since last year playing hurt and he’s really had no offseason, it’s all just been conditioning and a little bit of individual basketball stuff. And then the last two weeks he’s been practicing with our team.”