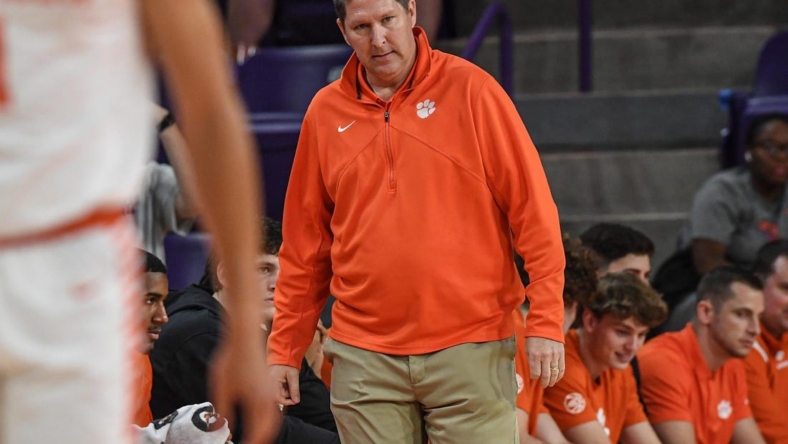 After a heartbreaking, last-second loss to rival South Carolina, Chase Hunter scored 20 points and Clemson got back into the win column with an 81-70 win over visiting USC Upstate on Tuesday night.

The Tigers never trailed in the contest.
Clemson had four players score in double figures, led by Hunter. The junior shot 7-for-12 from the field and 4-for-6 from beyond the arc.
Alex Hemenway also had a big night for the Tigers, finishing with 18 points while also going 4-for-6 from deep. Brevin Galloway added 15 points, while PJ Hall finished with 13.
The Spartans got a big game from sophomore guard Jordan Gainey, who led all scorers and tied his career high with 24 points on 8-of-16 shooting. He was also 6 of 6 from the free-throw line and singlehandedly kept USC Upstate (1-2) competitive for much of the night.

Trae Broadnax added 16 points for USC Upstate, while Justin Bailey pitched in with 15.

Clemson featured too much size for the Spartans, as the Tigers outscored USC Upstate 44-30 in the paint, with Dave Dickerson’s team spending much of the second half in foul trouble.

In what was an impressive offensive showing, the Tigers shot 56.4 percent from the field and 38.1 percent from 3-point range. Clemson struggled from the free-throw line, though, hitting on just 11 of 18 attempts.

After the Tigers led by as much as 19, Upstate put together an 8-1 run to close the game, but it was a story of too little, too late for the Spartans. Broadnax had half of the team’s points during the surge.

Clemson will host Bellarmine on Friday night, while USC Upstate will return home for a meeting with Coastal Carolina.