Clemson holds off sharp-shooting The Citadel 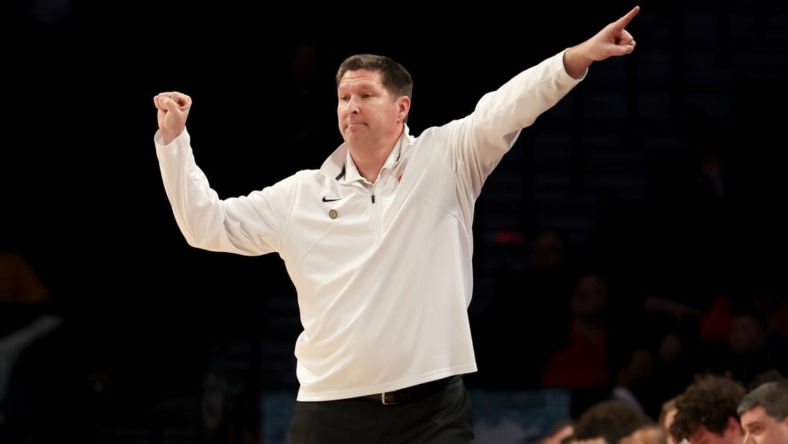 Clemson used a 20-3 run late in the first half to spring to an 80-69 win over The Citadel in the season opener for both teams on Monday night.

Junior guard Chase Hunter totaled 23 points on 9-of-18 shooting and keyed the surge in the opening 20 minutes with 19 points in the first half.

Down 45-31 at the half, The Citadel (0-1) didn’t go quietly. The Bulldogs closed to within six points with under four minutes left in the game.

Coby McAllister kept the Bulldogs in it, hitting four 3-point shots in the second half.

But when The Citadel closed it to 70-64, Hunter Tyson hit a short jumper, extending the Clemson lead back to eight, to end the momentum.

The Tigers were too much for the Bulldogs to handle inside; Clemson outrebounded The Citadel 41-29.

Tyson added 19 points on 8-of-17 shooting, Ian Schieffelin had 20 points and 14 rebounds, including nine offensive rebounds.

Austin Ash had five 3-pointers and led the Bulldogs with 19 points. Veteran Stephen had 16 and McAllister added 13.