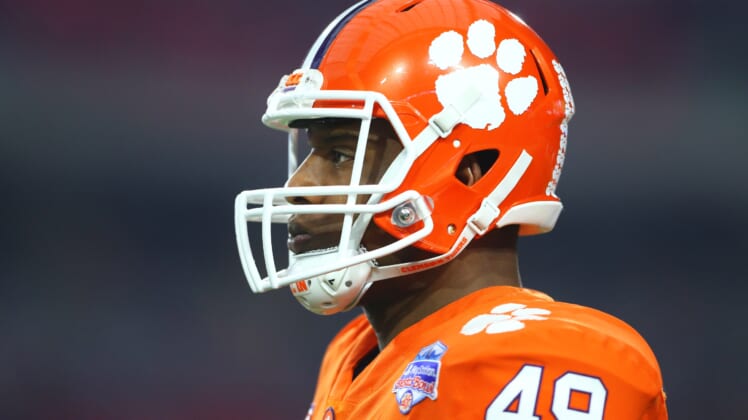 Clemson defensive end Richard Yeargin was injured in a car accident last week and could be out of commission for quite some time as a result.

According to Tony Crumpton of TigerNet.com, Yeargin “could miss significant time with a neck injury similar to the neck fracture injury suffered by Mike Williams. However, Yeargin is very lucky to be alive because it appears to have been a very serious car accident.”

The junior sent out a message of thanks to his social media followers on Twitter and Instagram.

I want to personally take the time out to thank all of those who… https://t.co/4VdLkruD8Z

“I want to personally take the time out to thank all of those who have been there to support me the last two days that I have been in the hospital on bed rest,” Yeargin said on his Instagram account. “After almost facing death I thank God he kept me hear to shed light on him. If it wasn’t for him I would not be here today.” #GodSpeed @ Greenville, South Carolina

Last year Yeargin suffered a torn meniscus, and the former four-star recruit has played in 13 games for the Tigers the past two seasons. He has tallied 21 total tackles, five for a loss and 1.5 sacks since 2015.